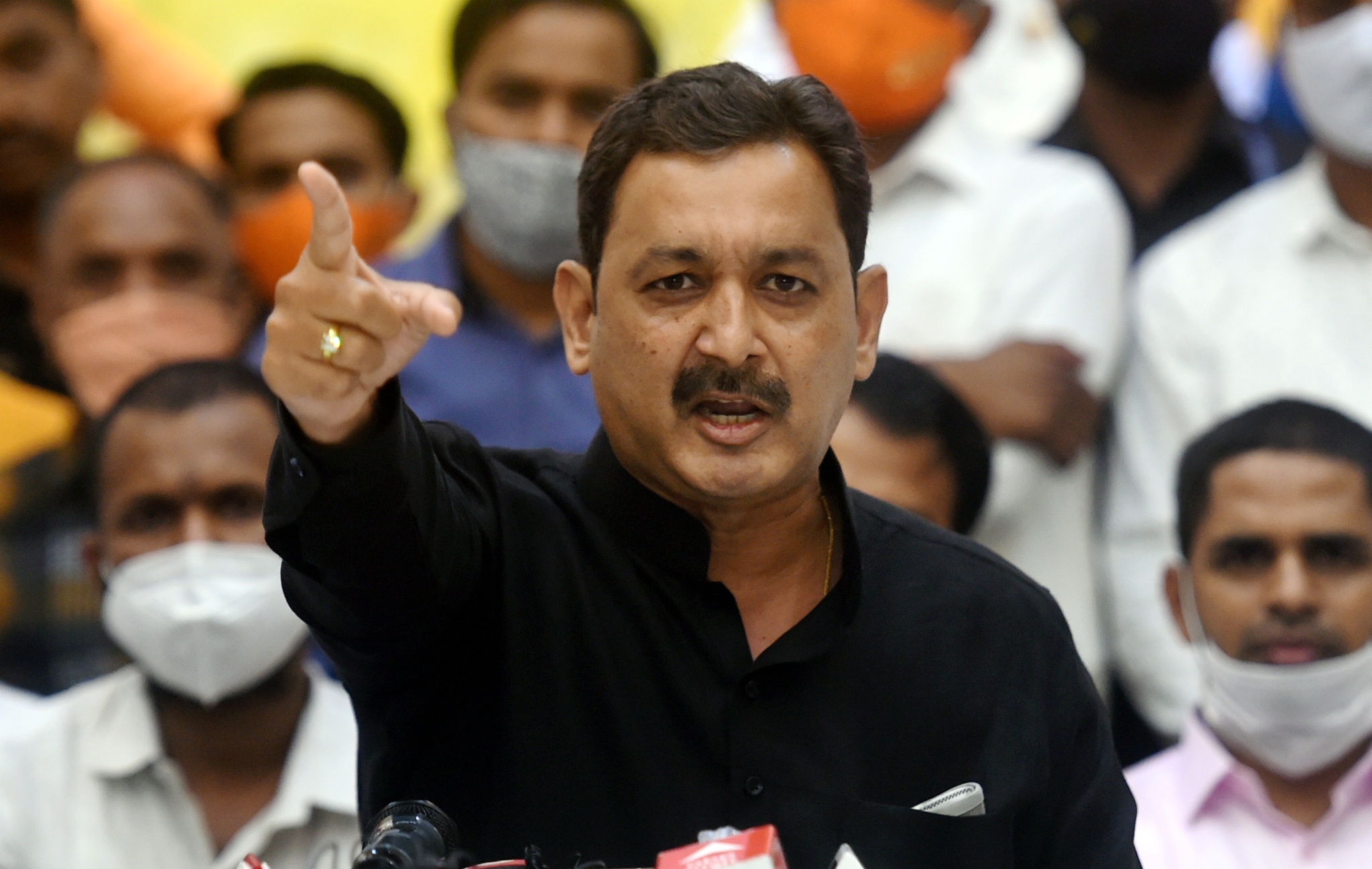 BJP MP Sambhajiraje Chhatrapati, who has been meeting leaders of various political parties to drum up support on the Maratha quota issue, on Monday caused a flutter claiming that the Maharashtra government was spying on him.

Hours later, he said the matter was closed after state home minister Dilip Walse Patil spoke to him over the phone.

"I don't know what can be the motive of keeping an eye on me. What will the government achieve by spying on a genuine and straightforward worker like me," he asked in a tweet.

Responding to the charge, Walse Patil dismissed the allegation of spying.

"Adequate police bandobast is being maintained during his (Chhatrapati's) statewide tour to ensure that anti-social elements do not create any disturbance during his tour of Sindhudurg district. I have spoken to him and cleared his misunderstanding," Walse Patil tweeted.

Sambhajiraje later acknowledged that the home minister had called him up and informed that the policeman who had entered in (Sindhudurg) district collector's cabin during a meeting with the MP was only concerned about the latter's security.

"The policeman's intention was Sambhajiraje's security and not spying," he quoted Walse Patil as saying.

"I am satisfied with the explanation and consider the matter closed," the MP, who is a member of the Rajya Sabha, added.

Sambhajiraje, an heir of the Kolhapur royal family, has been visiting leaders cutting across the parties to discuss the ways to restore the Maratha quota which was quashed by the Supreme Court recently. All you need to know about Sambhaji Chhatrapati, BJP MP and Shivaji Maharaj's descendant who is...