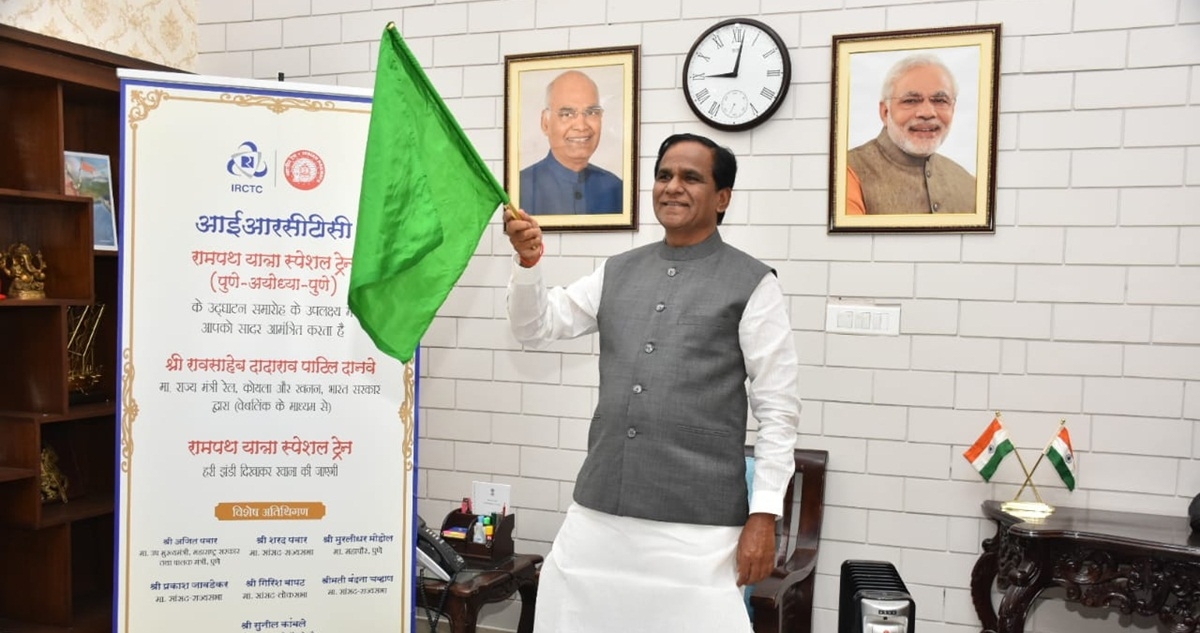 As per a statement issued by the Railway’s Pune division, Danve flagged off the special pilgrimage train through video-conferencing. “In line with the appeal by Prime Minister Narendra Modi, the campaign ‘Dekho Apna Desh’ was launched to promote tourism in the country. The Rampath Yatra train is a part of the Ramayana Circuit and connects important places in the journey of Lord Ram,” the minister said in his virtual address.

Rampath Yatra, a special pilgrimage train, will cover Ayodhya, Nandigram, Varanasi, Prayag, Shringverpur and Chitrakoot, the release stated. It will halt at Lonavala, Panvel, Kalyan, Nashik, Manmad, Chalisgaon, Jalgaon, Bhusaval, Khandwa and Itarsi for boarding and alighting of passengers, while tourist halts have been provided at Ayodhya and Varanasi.

Bookings can be done online on the IRCTC’s website and at its zonal offices, regional offices and tourist facilitation centres. Also present during the event at Pune station were Mayor of the city Murlidhar Mohol, MLA Sunil Kamble, divisional railway manager of Pune, Renu Sharma, and other Central Railway officers. The general manager of Central Railway Mumbai, Anil Kumar Lahoti, and chairman and managing director of IRCTC, Rajni Hasija, joined the function virtually.