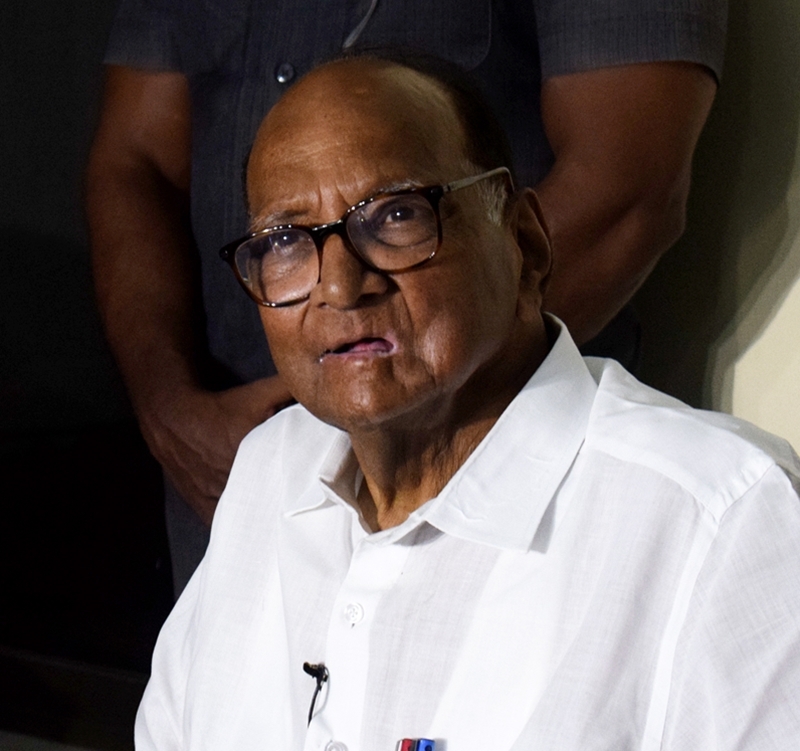 Mumbai: Not with standing the claim of the ruling Bharatiya Janata Party-Shiv Sena combine of grabbing over 240 seats, the Opposition in Maharashtra succeeded in arresting them to around 160 seats as the final trends and initial results of the Assembly elections trickled out on Thursday.

The Opposition Congress-Nationalist Congress Party combine appeared all set to touch the 100-seat mark against the BJP-Sena count of 160 seats in the 288-member Maharashtra Assembly.

The remaining seats were being won by Independents and smaller parties -- a situation with serious ramifications on the emerging political permutations and combinations.

NCP President Sharad Pawar declared that "defectors have been rejected by the people" and gave full credit to the efforts of the NCP and Congress workers for the good results, which were far from the predictions made by the various exit polls three days ago.

Among the prominent losers in Sena were Mumbai Mayor Vishwanath Mahadeshwar in Bandra East, the home constituency of the Thackerays, and high-profile 'encounter cop' Pradeep H. Sharma in Nala Sopara (Palghar), who was defeated by Bahujan Vikas Aghadi's Kshitij H. Thakur.

A senior Sena leader hinted that subject to the final outcome of the results, its understanding with ally BJP "could be reviewed" amidst the newly available political options before party chief Uddhav Thackeray.

Against this backdrop, the role of independents and smaller parties could gain significance as in many constituencies, they are on their way to trouncing the ruling combine candidates.