Heavy rains lashed isolated parts of Osmanabad, Beed and Jalna districts of Marathwada region in Maharashtra in the last 24 hours, an official said on Tuesday.

Notably, heavy rains had last week caused widespread damage in parts of Marathwada, which is considered a perennially drought-plagued area.

In the last 24 hours, over 65 mm downpour was recorded in eight circles located of Jalna, Beed and Osmanabad districts, a revenue official said.

The highest 80.25 mm rain was recorded in Itkal circle of Tuljapur tehsil in Osmanabad, he said.

The region has so far received 155.47 per cent of the average expected rainfall, the official said.

Among eight districts of the region, Jalna is on top with 189.9 per cent of the average expected rainfall, followed by Beed-185.66 per cent and Aurangabad-168.82 per cent, he said.

The offiical also said that water was being discharged into rivers from 11 out of 13 major reservoirs in the region.

The highest discharge was from Vishnupuri dam (Nanded)- 41,104 cusec, the official said.

On Tuesday, the water level in Shahgad barrage was 57.07 per cent and in Khadka barrage was 94.65 per cent, the official said. 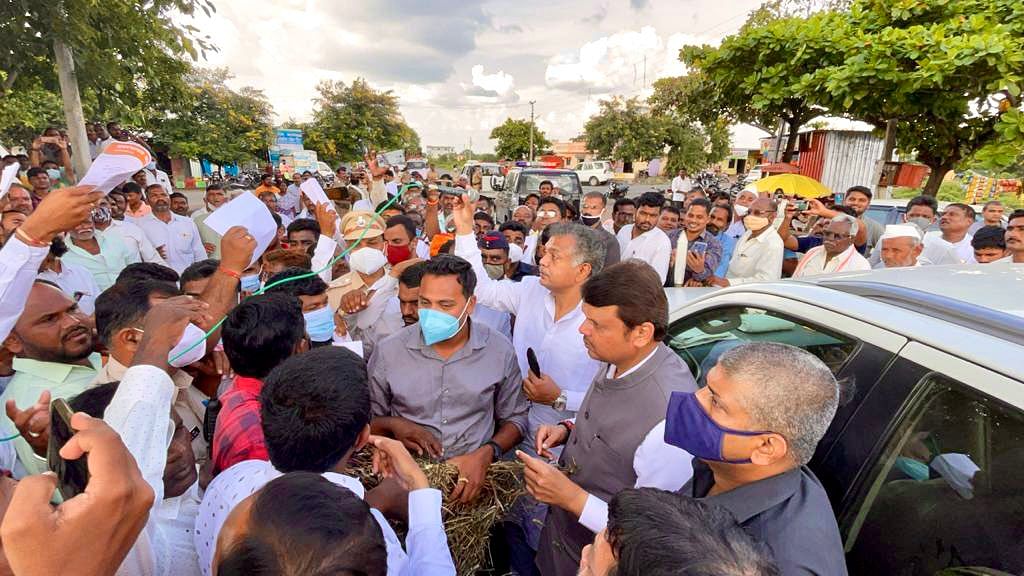