Maharashtra: Heaviest rains in July in 40 years; 79 dead, 49 in landslides 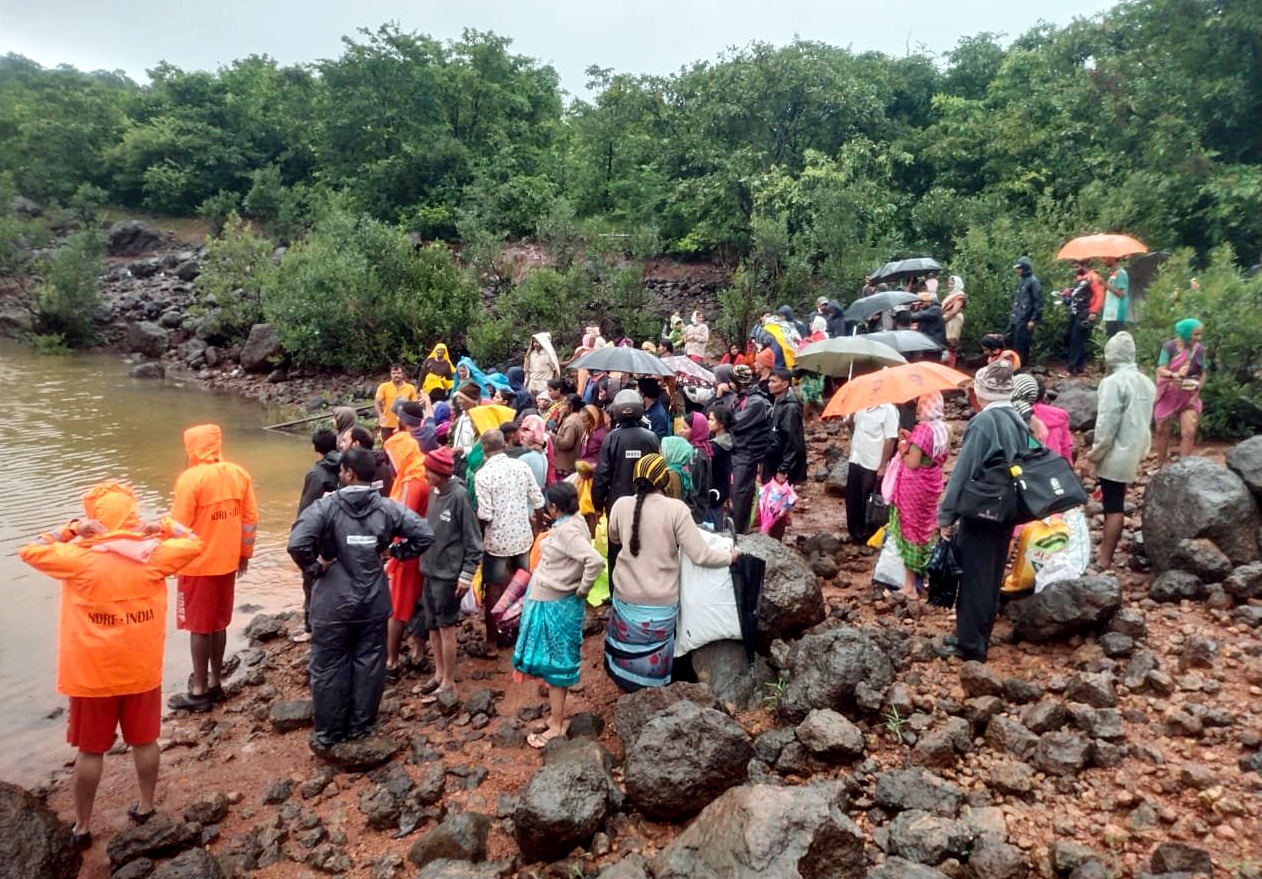 Mumbai: At least 79 people died on Friday due to incessant rains, floods and landslides in various districts of Maharashtra. Forty-nine of the 79 deaths, were due to landslides in Talai village, Raigad district, while 32 were feared trapped in landslides in Satara and other districts in the wake of devastating rains. The state disaster management control room situated at Mantralaya hinted that these numbers were likely to increase.

Over 2,000 people have been rescued so far in various relief operations that are underway while thousands are stranded in floods and landslides in Raigad, Ratnagiri, Sangli, Satara and Kolhapur districts. The state is witnessing its heaviest rainfall in July in 40 years. The continuous downpour for several days has severely affected the Konkan region, as major rivers in Ratnagiri and Raigad districts overflowed above the danger levels.

Raigad District Collector Nidhi Choudhari said the landslide incident was reported late Thursday evening. “But since the roads leading to the spot are blocked due to the floods and the sludge, the rescue teams found it difficult to reach the site. While local police have rescued two persons so far, reaching the village from outside is very difficult,” she said. “The operation resumed on Friday morning and the bodies were recovered by afternoon.”

According to officials, around 30 houses in Talai village were completely damaged due to the incident.

In another incident, 11 people on board a bus had a narrow escape as they were rescued just before the vehicle was washed away into a river in Kolhapur, early on Friday, police said.

PM Narendra Modi has announced an ex-gratia of Rs 2 lakh each from the PMNRF for the next of kin of those who lost their lives due to a landslide in Raigad, Maharashtra. Rs 50,000 would be given to the injured. Chief Minister Uddhav Thackeray, who visited the state disaster control room at Mantralaya and reviewed the situation, also announced government assistance of Rs 5 lakh each for next of kin of those who died and free treatment for those injured. Thackeray is expected to visit the flood-ravaged Raigad and Ratnagiri districts on Saturday, weather permitting. The government has already made arrangements for an Army helicopter.

Thackeray appealed to those trapped to go to the rooftops or on heights so that rescue teams in the helicopters could spot and evacuate them. He also spoke to Union Home Minister Amit Shah, who has assured all possible help. Shah tweeted, “The accident in Raigad due to heavy rains and landslides is very sad. I spoke to the CM and DG NDRF. The NDRF teams are engaged in relief and rescue operations. The central government is providing all possible help there to save the lives of the people.”

Congress leader Rahul Gandhi also expressed his condolences and appealed to Congress workers in the region to assist in the rescue and relief operations.

Nearly 24 NDRF teams and personnel from Army, Navy, Air Force and Coast Guards have been deployed for rescue operations in addition to the SDRF and local administration, said chief secretary Sitaram Kunte. He further added that the helicopters have also been roped in to evacuate people stranded in villages.