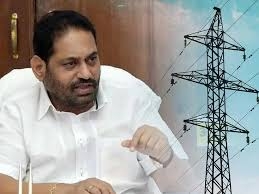 Maharashtra Energy Minister Nitin Raut washed off his hands from the present power shortage due to inadequate coal supply while blaming the Union coal ministry for its lack of planning. At the same time, Raut assured the electricity consumers that they will not face load shedding or power outages especially during the festive season as the government and the state-run power generator MahaGenco are making all efforts to procure additional coal to increase power generation. The state-run distribution company MahaVitaran also procuring power from the open market and power exchanges even at higher rates.

The MahaVitaran has spent Rs 250 crore towards power procurement in September and October paying higher charges which had soared to Rs 20 per unit.

The state is currently facing power shortage of 3,000 mw despite that the MahaVitaran has met power demand of 18,123 mw excluding Mumbai and including Mumbai a total of 20,870 mw. The MahaGenco’s own generation was 8,119 mw on October 11 in the evening peak hours due to improvement in coal supply.

Raut has urged the consumers for minimum use of electricity between 6 am and 9 am and 6 pm and 9 pm during morning and evening peak hours.

“Normally during monsoon season of June-September, the demand for electricity decreases. However, in August, unfortunately, the rains put a strain on it and this led to huge demand for electricity. Therefore, 18 lakh tonnes of coal reserves had to be used to meet this demand. Coal India's daily coal carrying capacity is 40 lakh tonnes but due to rains, it was reduced to 22 lakh tonnes. It has now reached 27 lakh tonnes. Therefore, we are trying to ensure that Coal India supplies according to its carrying capacity,’’ said Raut. He, however, noted that the coal received from Coal India was not of the expected quality which has impacted both the power generation and quality. “Had Coal India and its subsidiaries done proper planning, the present coal shortages could have been averted,” he remarked.

According to Raut, the MahaVitaran was not getting about 1,000 mw of power from Coastal Gujarat Power Ltd (CGPL) and JSW as per the long term power purchase agreements citing they have stopped power supply contracted at lower rates due to higher cost of imported coal. “The MahaVitaran will file a petition at the Maharashtra Electricity Regulatory Commission against CGPL and JSW for the violation of power purchase agreements especially during the present crisis,’’ he noted.

Maharashtra minority affairs minister and NCP chief spokesperson Nawab Malik on Tuesday directed fresh attacks at the Central government, alleging that a wrong policy has created coal shortage in the country. He said many power generation units in the country have been shut down due to coal shortage. “Even the imported coal-based power plants are generating less than half their capacity due to record high rates,” he said, adding that former Prime Minister Manmohan Singh formulated a policy for higher power generation in the future.

“When the coal mines were distributed, the BJP claimed a coal scam that led to the cancellation of coal mines awarded to various companies,” Malik alleged, further claiming that the mines were later handed over to a few people but they have not been started till date.