Interestingly, Sabne, who is a close confidant of senior Sena minister Eknath Shinde, has not blamed the party but targeted veteran Congress leader Ashok Chavan for running a one-man rule in the district, despite both the parties being allies in the MVA government.
Sanjay Jog 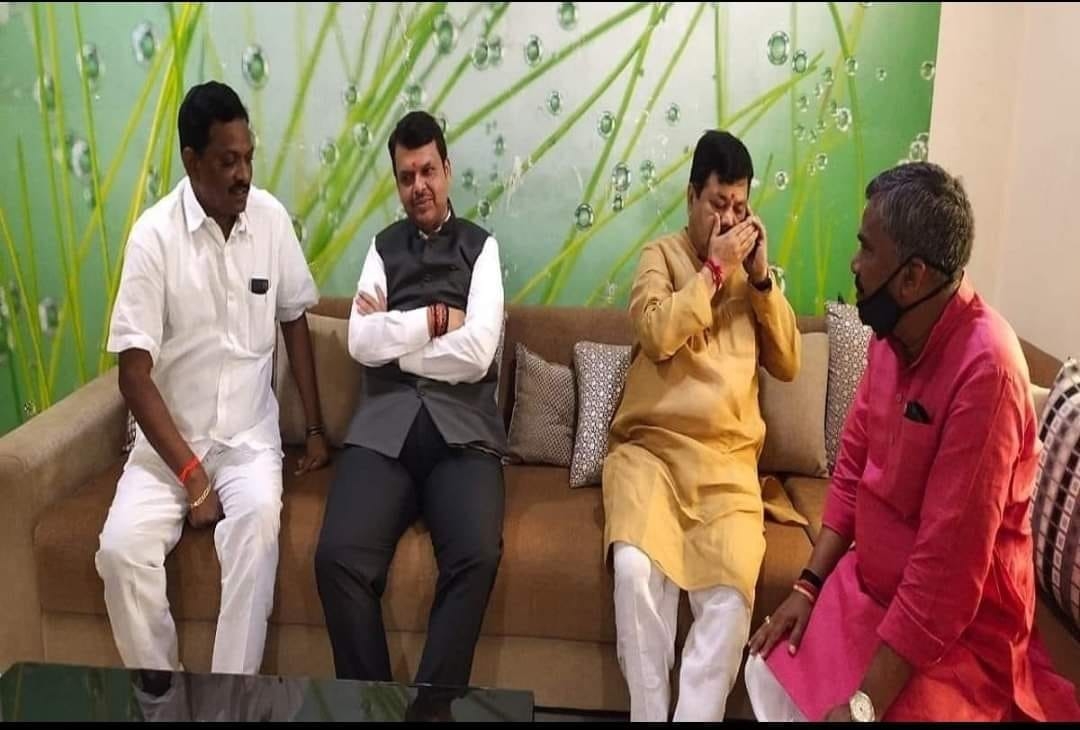 The Shiv Sena, on Sunday, received a blow after its estranged ally the BJP gave its candidature to former legislator Subhash Sabne in the upcoming Deglur-Biloli assembly by-election in Nanded district slated for October 30. After this, the Sena has expelled Sabne.

Even though the BJP has announced his nomination, Sabne is expected to join the party on Monday. The by-poll was necessitated after the death of Congress legislator Raosaheb Antapurkar. The Congress is likely to nominate Antapurkar’s son Jitendra as the party’s parliamentary board met two days ago but it has yet to take a final call.

Interestingly, Sabne, who is a close confidant of senior Sena minister Eknath Shinde, has not blamed the party but targeted veteran Congress leader Ashok Chavan for running a one-man rule in the district, despite both the parties being allies in the MVA government.

Sabne said, “I am still a Sainik. I will make a decision after October 4. Chavan never printed a photo of my leader on the banner. The banner should have photos of the leaders of the MVA. Coming to my constituency, Chavan should have taken the constituents together. Our stand is very clear Chavan should not implement the party agenda.”

He took strong objection to the police action against the Sena who showed black flags. The party workers were beaten up by the police.

“We were with the Sena in its good and bad days. But today the Chief Minister is ours, but our workers are beaten up by the police. I feel sad. I am not angry with anyone. We are opposed only to Chavan who is the Nanded district guardian minister,” said Sabne.

However, Chavan has shot back at Sabne, saying that he hails from Sena. So, how was he connected to his decision to part ways with his party. “Instead of pointing a finger at someone, Sabne, who claims himself a Sena loyalist, should explain his stand,” said Chavan.

“There is an ideological fight and Congress will win it,” said Chavan. On the ongoing debate that the BJP will win the by-poll and repeat its performance in Pandharpur by-election, Chavan termed it as “Mungerilal’s dream”.

As far as the BJP is concerned, it is yet another opportunity to spread its wings in Chavan’s bastion. The BJP recently won the by-election in Pandharpur, defeating the NCP.