The Kurla GRP arrested a 68-year-old woman, member of an all women gang that stole from passengers on long-distance trains |

Mumbai: The Kurla GRP (Government Railway Police) arrested a 68-year-old woman, member of an all women gang that stole from passengers travelling on long-distance trains, on Monday. The accused, identified as Lakshmibai Jadhav, was arrested for having stolen valuables worth ₹2.81 lakh at Lokmanya Tilak Terminus (LTT).

The incident took place on July 16 when Elsy Varghese (40), a resident of Powai, boarded Netravati Express from LTT. While the victim was busy arranging her luggage, the accused managed to steal her bag containing jewellery worth ₹ 2.81 lakh. Half an hour before her journey could start, Varghese realised that her bag had been stolen and immediately alerted the GRP officials before leaving for Kerala.

"Since the complainant couldn't visit the police station, we registered a First Information Report (FIR) based on her email complaint and began our investigation. After scrutinising CCTV footages, three women became our prime suspects," said Smita Dhakne senior inspector of Kurla GRP.

During the course of investigation, GRP officials managed to trace Jadhav to Solapur and recovered 52 grams of gold jewellery worth ₹ 2 lakh, added Dhakne. The police have also seized a gold jewellery melting machine. Her two associates, Shantibai Gaikwad (65) and Renuka Jadhav (60) also residents of same village in Solapur, however managed to flee, said police

"Both Jadhav and Gaikwad have previous cases registered against them in Mumbai. The police suspect the gang have committed similar offence across the country, said a GRP officials. 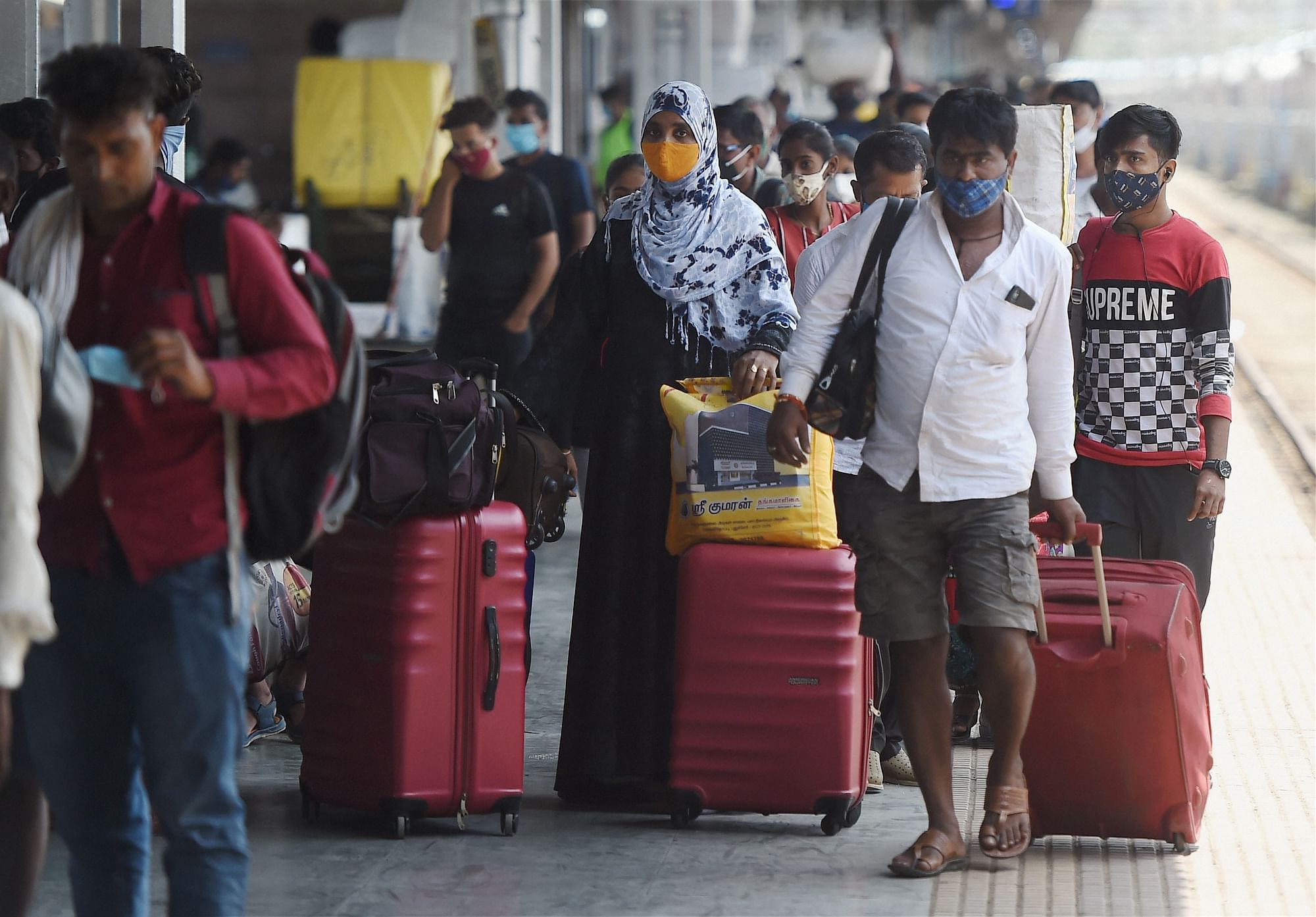