More than 100 villages in Raigad district of Maharashtra face the risk of getting hit by landslides and during the unprecedented floods last week, water level had risen up to 25 feet at some places in Mahad town, local residents and officials said on Wednesday.

Water had risen up to 25 feet at some places in Mahad, a level not seen in recent memory, submerging several single-storey buildings and ground plus first floor structures, the local residents said.

In the past too, Mahad has seen floods, but the water level never reached beyond 12 feet, they said.

Heavy rainfall in Mahableshwar (530mm), a hill station in Satara district, and also in Mahad (383mm) and Poladpur town (575) during a 24-hour period last week, caused devastating floods in Raigad, located in the coastal Konkan region.

Senior citizens of Mahad and traders also blamed a new bridge built on the Mumbai-Goa road for the floods, saying it obstructed flow of rainwater.

As per a release from the office of Raigad collector Nidhi Chaudhary, 103 villages face the risk of landslides in the district.

In 2005, a scheme for rehabilitation of residents from landslide-prone villages was submitted to the state government, but the project never took off.

In the same year, the Geological Survey of India, in a report, had identified more than 100 places in Raigad district which were in danger of getting hit by landslides, the release said.

Revenue department authorities of Raigad have appointed 83 talathis (junior revenue officials) and 24 clerks to assess damage caused by floods and rains so that affected people can get financial assistance as the earliest, the release said.

Two high tension lines supplying electricity to Mahad toppled during the floods and they were restored to their earlier position by MSEB engineers and other staff on Tuesday, leading to resumption of power supply to 80 villages, it said.

The Mahad Municipal Council has granted a sum of Rs 1.50 crore for cleaning of slush left behind by the massive deluge and removal of debris in Mahad and Poladpur, the release said. 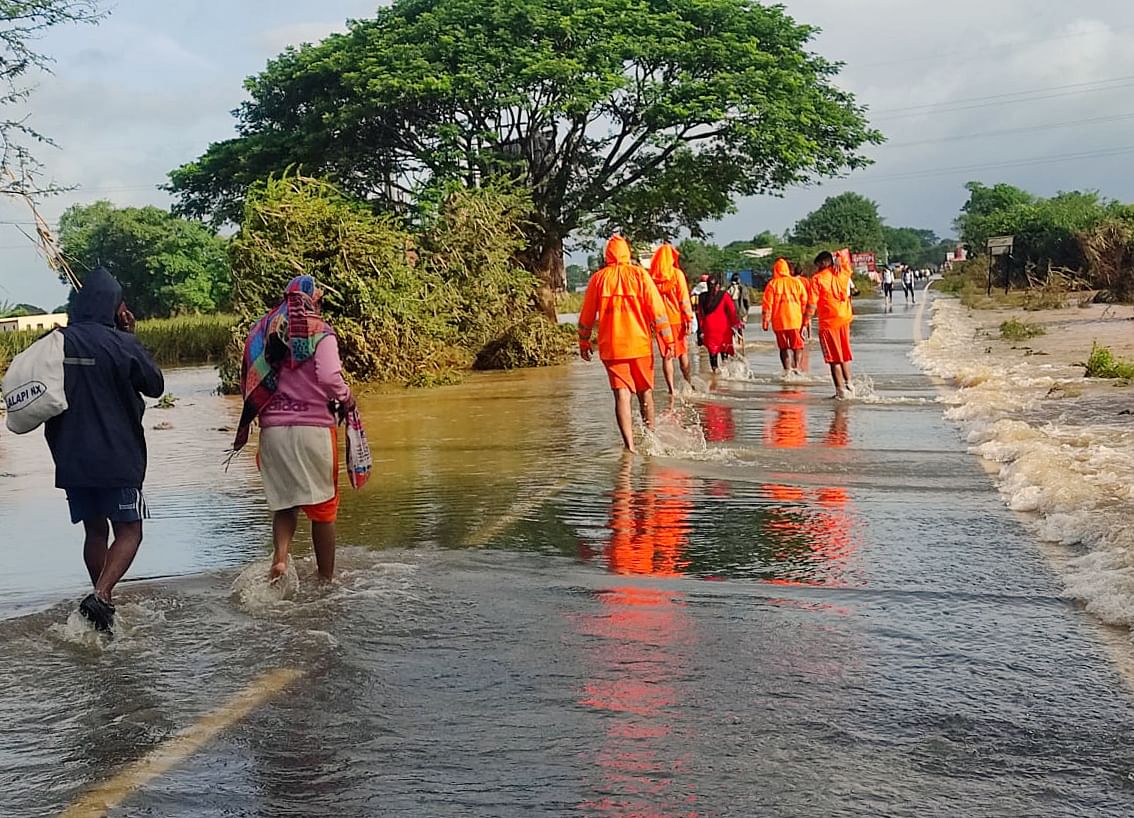