Maharashtra: 10 people die due to rain-related incidents in Marathwada in last 48 hours

Ten people died in heavy rains and floods in Marathwada region of Maharashtra over the last 48 hours, officials said on Tuesday.

Besides, more than 200 cattle were washed away and number of houses were also damaged in the rain fury in the region, which comprises eight districts - Aurangabad, Latur, Osmanabad, Parbhani, Nanded, Beed, Jalna and Hingoli.

Excessive rainfall (over 65 mm) was recorded in over 180 circles falling under these eight districts, a release issued by the divisional commissioner's office said.

The heavy showers forced authorities to open the gates of various dams for water discharge, which led to flooding in villages located on the banks of the Manjara river in Beed and Latur districts.

In the last 48 hours, 10 deaths were reported from six districts of the region, including three in Beed, two each in Osmanabad and Parbhani, and one each in Jalna, Nanded and Latur, the release said.

No casualty was reported in Aurangabad and Hingoli till Tuesday afternoon, an official said.

A total of 205 animals, including 60 large milch animals, were washed away in the heavy rains over the last two days, the release said.

Besides, 28 houses, including 25 kutcha (thatched) ones, were also damaged due to the heavy downpour in the region.

Among the damaged houses, 11 were located in Aurangabad, 12 in Beed and five in Jalna, an official said.

The entire Marathwada region has been lashed by heavy rains triggering floods in many areas with rivers in full spate, officials said.

The heavy rain and flood have damaged crops on several acres of agricultural land in the region, they said.

"Since yesterday, the Water Resources Department has been monitoring the situation closely. We are trying to minimise the damage," state Water Resources Minister Jayant Patil told reporters in Beed.

The administration will provide all possible relief to people, he said. 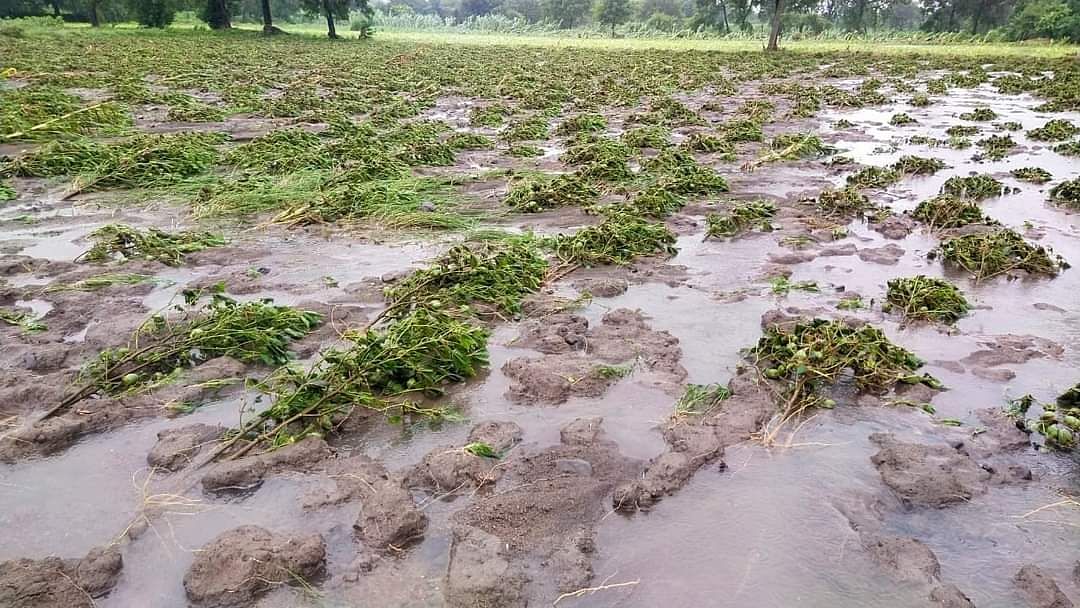