Number of students in these three Marathi medium, two Tamil, and two Gujarati schools were less than 10
Dipti Singh 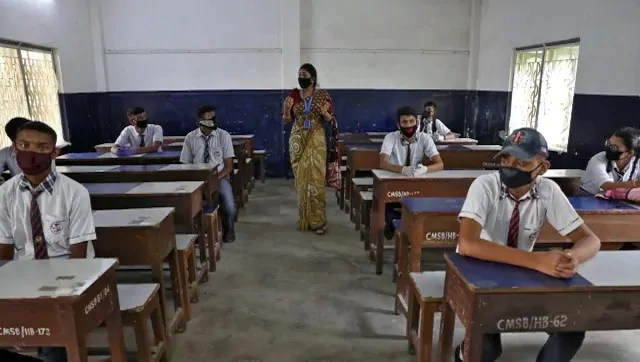 Following the footsteps of the state government, the Brihanmumbai Municipal Corporation (BMC) has merged seven civic-run schools, which have less students, with nearby schools. Three of the seven are Marathi medium schools located in the Marathi heartland - Worli, Sewri and Wadala.
Two others are Tamil medium and other two Gujarati medium schools, said BMC education officials.

A proposal to merge the schools, pending since at least two years, was approved by the education committee this week, said BMC education officer Mahesh Palkar. “These are schools where the enrolment is less than 10. This is not a new phenomenon but based on state government order in 2017-18 to merge schools with low enrolment. It is not feasible to spend resources for less than two students, it makes sense to shift the students to other schools. We are not shutting the schools down but merging them with schools nearby, within 200 metre radius, so that students don’t have to travel too far,” said Palkar.

In 2018, the state government announced the merger and shutdown of around 1,300 Zilla Parishad schools that had less than 10 enrolments. “We feel that the quality of education improves when there are a higher number of students and there is healthy competition among students. It also ensures inclusivity of children from the marginalised sections of the society,” said Palkar.

Civic schools are currently grappling with low enrolment, which has been consistently dropping, since the last decade

To make the matter worse, 257 BMC schools have shut down in the last decade until 2018-19, including 41 in the last academic year, the highest ever, revealed the ‘State of Municipal Education in Mumbai’ 2019 report released by Praja Foundation.

In 2019, a total of 185 BMC schools in the city were found to be running with 100 or above students while 56 schools had 20 or fewer students and are thus on the verge of merging into other schools.

The retention rate in BMC schools was at 90.5% in the 2010-11 academic year whereas the same figure stands at a mere 22.3% during the academic year 2018-19. These statistics have revealed the BMC - Asia's richest Municipal Corporation is unable to retain students in civic-run schools, despite various schemes.