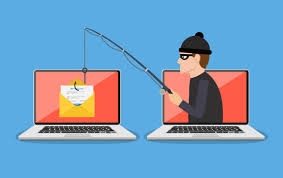 Mumbai: A 23-year-old woman pursuing her engineering degree was made to perform obscene acts in front of a camera by her own friend who hacks into her e-mail account and found her private photographs with her boyfriend. The victim apparently hacked the password of her mobile number which made it easy for the accused, Akshay Pawar, 26 to access her email. Following the offence was registered a team from Mumbai crime branch traced the accused and arrested him from his home in Kharegaon, Kalwa.

The victim, a resident of Borivali went in shock when she found that an unknown person on a popular photo-sharing site was in possession of her private photographs. The person who had created handle with her name made his intention clear on a video call to her and asked her to perform obscene acts for him in front of a camera while he kept his identity unknown.

Expecting this to be ended soon, the woman did as per the accused, however, this was just a beginning. The accused recorded everything on his phone and sent the videos to her brother. Finally on September 6, victim approached the Borivali police and registered an offence under the IPC sections of stalking (354 D),

distributing/circulation of any obscene content (292 (2)), Intentional insult for breach of peace (504), criminal intimidation (506) police has also pressed the charges under the section 66 (C), (d) of the Information Technology act.

"The accused and the victim were studied at the same engineering college in Virar and were classmates. In the past, the accused tried to make friendship with her, however, she never gave him importance, recently the accused found her email ID on her Facebook account, he typed her mobile number as passward and by sheer luck it turned to be right," said Sunil Mane senior inspector of crime branch unit 11.