Kalaben Delkar wins in Dadra and Nagar Haveli by 51,269 votes, gets Shiv Sena its first Lok Sabha seat outside Maharashtra 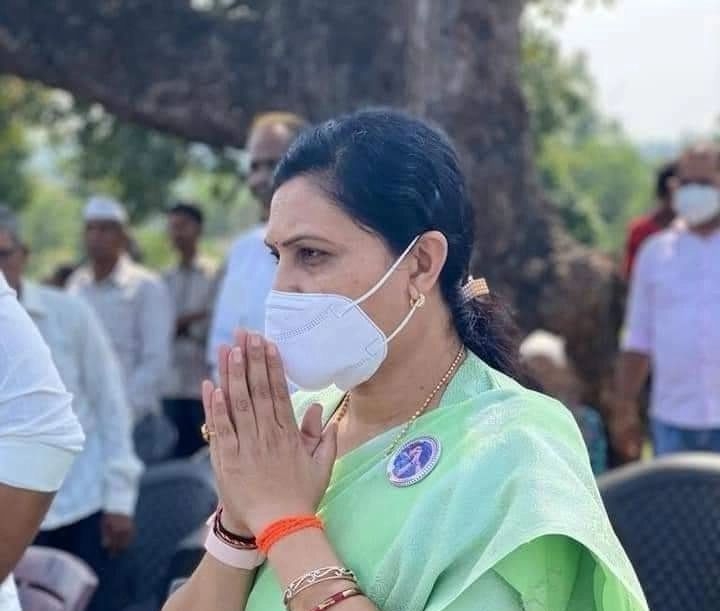 Mumbai: Diwali 2021 promises to be a sparkler for the Shiv Sena-led Maha Vikas Aghadi, which will complete two years in office on November 28, in the face of regular threats by the opposing BJP to topple its government. The MVA got a major boost on Tuesday, with the Shiv Sena winning a Lok Sabha seat outside Maharashtra for the first time. Sena candidate Kalaben Delkar, the wife of former MP Mohan Delkar who died by suicide in Mumbai in February, won by a comfortable margin of 51,269 votes, defeating BJP candidate Mahesh Gavit in the Dadra & Nagar Haveli Lok Sabha by-election.

The Shiv Sena not only seems to have cashed in on the sympathy wave but also succeeded in luring voters who were allegedly angry over the administrator’s dictatorial style of functioning and the BJP’s arrogance of power. Thackeray coolly worked out a poll strategy by deploying his own team, including his son Aaditya, party MPs Sanjay Raut, Anil Desai and Arvind Sawant for campaigning.

Maharashtra Tourism and Environment Minister Aaditya Thackeray congratulated Delkar via Twitter: “Heartiest congratulations to Smt Kalaben Delkar ji, @ShivSena’s newly elected Member of Parliament to the Lok Sabha from Dadra & Nagar Haveli. I humbly thank all the karyakartas for their efforts and the citizens for their faith to ensure this huge win.”

The Shiv Sena has made no secret of its ambition to spread its wings across the country. Although the party has failed miserably to mark its presence in the Bihar assembly elections, its next destination is Uttar Pradesh, where it proposes to contest on the Hindutva issue, taking on its estranged ally BJP by fielding candidates for at least 50 seats. By bagging Dadra & Nagar Haveli, Uddhav can now consolidate his position in national politics. Raut recently said, “Though Thackeray is popular as the chief minister, the nation also has expectations from his leadership in the future. I would like to reiterate that if the nation needs a moderate, yet pro-Hindu leadership, he is capable of doing so,” he noted.

Thackeray could emerge as a consensus builder in mobilising like-minded parties to take on the BJP in the next general elections.

As far as the Deglur-Biloli bypoll result is concerned, the Congress, which is a junior partner in the MVA government along with the Shiv Sena and the NCP, put on a show of unity to take on the BJP, which was determined to repeat its performance in the Pandharpur byelection where it had recently won by defeating the NCP nominee. However, Nanded District Guardian Minister and former chief minister Ashok Chavan put in considerable efforts to reach out to the voters, along with the allies and cash in on the disgruntlement against the BJP, especially over the rising fuel prices and the loss of jobs after lockdown.

“It is a victory of the Maha Vikas Aghadi alliance,” Chavan said, thanking Congress president Sonia Gandhi, Congress MP Rahul Gandhi, Maharashtra Chief Minister and Shiv Sena president Uddhav Thackeray and NCP supremo Sharad Pawar. “The MVA has emerged stronger at a time when there are regular attempts to topple this government,” he said.

Tuesday’s victory may help the Congress rejuvenate the organisation and regain its past glory in Maharashtra.

The BJP failed to exploit the rift among MVA partners and failed to get its act together, as the rank and file was unhappy over the ‘imported’ candidate, neglecting party loyalists.

State NCP chief and Water Resources Minister Jayant Patil summed up Antapurkar’s victory as the people’s mandate for the MVA despite the BJP’s politics of engineering defections.