At the Netherlands, Anuradha won three of the five matches she contested in - defeating contestants from China, Brazil and the US.

Formidable challenges lie between 32-year-old Anuradha Solanki, a farmer’s daughter who lost an arm to polio, and her dream of winning a gold medal in wheelchair fencing at the 2022 Asian Para Games in China. Working as a waiter at Mantralaya to make ends meet, her daily duties involve washing dishes, cleaning the floor and making chapatis. Undaunted, Anuradha, continues to pursue her dream with sheer grit and self-belief, and currently has a world ranking of 54 in the sport.

Hailing from Patoda village in Chikli Taluka of Maharashtra’s Buldhana district, Anuradha was initially completely unaware that there were competitive sports for the differently-abled. She became a post-graduate in political science and wanted to become a Deputy Collector, but her family’s financial condition did not allow her to continue attending coaching classes to clear the competitive exam. She grabbed the first government job she could land.

Anuradha is the eldest of four siblings. Besides bearing the responsibility of his four children, her father also has to worry about taking care of his extended family. Growing up, Anuradha would work with her parents, siblings and cousins on other people’s farms, as the produce from her father’s own small piece of land was not sufficient to feed the entire family. While she was interested in sports since childhood, her experience was limited to playing cricket with her brother. It was only when she was 30, that she came in touch with the President of her district’s Paralympics Association, Ganesh Jadhav, who sent her for an inter-state women’s cricket match. Her team won.

Anuradha gradually developed a keener interest in sports. Jadhav selected her for a state-level Sitting Volleyball competition in Nagpur, where her team finished as the runners-up in the tournament. Jadhav then encouraged her to try her hand at wheelchair fencing, and sent her to Santhosh Shejwal, who had coached international wheelchair fencing champion Vibas Sen.

While the sport caught her fancy, it was expensive as it involved costly sporting equipment.

Anuradha’s coach Shejwal told The Free Press Journal, “I told her on the very first day, that she would need six to seven lakh rupees. She did not know how to manage the money, but had the confidence that she would do it somehow. I told her to come for training from the next day.”

Solanki went on to win three bronze medals in three events at the National Wheelchair Fencing Championship held in Chennai. On the back of her performance, she was sent for the sport’s World Cup in the Netherlands in November last year. Till then, she had been using her coach’s equipment. For the World Cup, however, she would need top-notch equipment, which would come at a cost.

Read Also
International Women's Day 2020: From Sheetal Mafatlal to Pinky Reddy, these ladies tell us how... 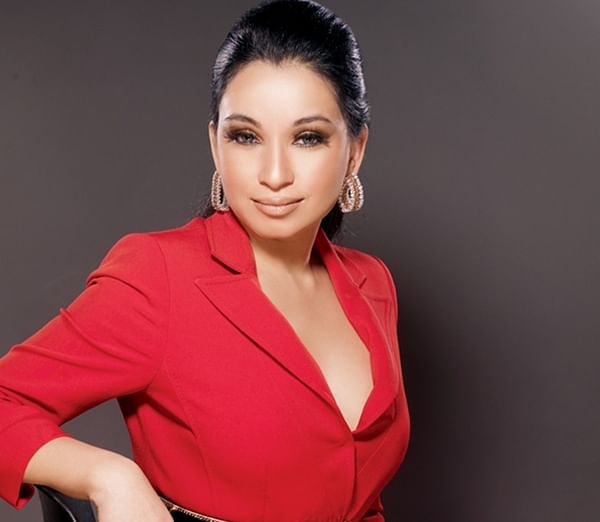 While there is no aid from the government, she found help from well-wishers. A businessman from her home district of Buldhana arranged for her to stay for a month at his friend’s flat in Goregaon while she trained, and gave her cash to meet the expenses for participating in two events. Her friends and colleagues helped her with another Rs 1 lakh. When the money did not suffice, coach Shejwal requested one of his international players to lend his equipment to Anuradha. The player hesitatingly did so, but would not part with his wheelchair.

“I remember she went to Jaipur to get the equipment and again to return it. The girl spent more time in such bhaag-daud and to look for sponsors, than what she could give to practice,” Shejwal said.

For the wheelchair, the coach then requested two other players from Haryana who helped her out. At the world championships in the Netherlands, she realised that the rules for the mask used in the sport had changed. A Japan player then lent Solanki her mask.

Anuradha was nervous when travelling to Netherlands for the world championships, having never been to an airport, let alone ever having travelled by flight. “She requested that I accompany her at least to Delhi; so I went with her,” Shejwal said.

At the Netherlands, Anuradha won three of the five matches she contested in - defeating contestants from China, Brazil and the US.

After an eight-hour job at the Mantralaya, Solanki trains with her coach in Goregaon. The travel is time-consuming, as she lives in Kopar near Dombivili. However, she is determined to follow through on her dreams.