Yesterday, while speaking to media, Sarma had said, "40 people came to Assam. This is good. We are happy if more people come. We hardly have any tourists during this time."

With the deployment of large number of security personnel, a luxury hotel in Guwahati turned into a fortress on Wednesday as several rebel Shiv Sena MLAs from Maharashtra led by state minister Eknath Shinde camped there, putting the existence of Chief Minister Uddhav Thackeray-led Maharashtra government under threat.

However, Assam chief minister Himanta Biswa Sarma on Thursday said that he doesn't know if Maharashtra MLAs are staying in Assam and MLAs of other states can also come and stay in Assam.

"There are many good hotels in Assam, anyone can come there and stay...there is no issue with it. I don't know if Maharashtra MLAs are staying in Assam. MLAs of other states can also come & stay in Assam," CM Himanta Biswa Sarma was quoted as saying by ANI.

Yesterday, while speaking to media, Sarma had said, "40 people came to Assam. This is good. We are happy if more people come. We hardly have any tourists during this time. Some of our colleagues are there (with the Maharashtra MLAs). I will meet them if I find time today or tomorrow. Presently I am going to oversee the flood relief activities."

Meanwhile, the Trinamool Congress workers led by the party's Assam unit president Ripun Bora on Thursday staged a protest here outside the Radisson Blu hotel where dissident Shiv Sena legislators along with their leader Eknath Shinde are staying.

The Trinamool Congress workers were protesting against Assam Chief Minister Himanta Biswa Sarma for "concentrating on toppling the Maha Vikas Aghadi government in Maharashtra instead of focusing on the flood situation in the state".

"Many people are not getting food and drinking water in the Cachar region of Assam... over 50 lakh people of Assam are suffering due to flood but instead of providing them relief, the Chief Minister of Assam is busy toppling the Maharashtra government," Ripun Bora, a former Congress leader, said.

Police said the protests were held without prior permission. Later, the police detained the Trinamool Congress workers and leaders along with Bora. 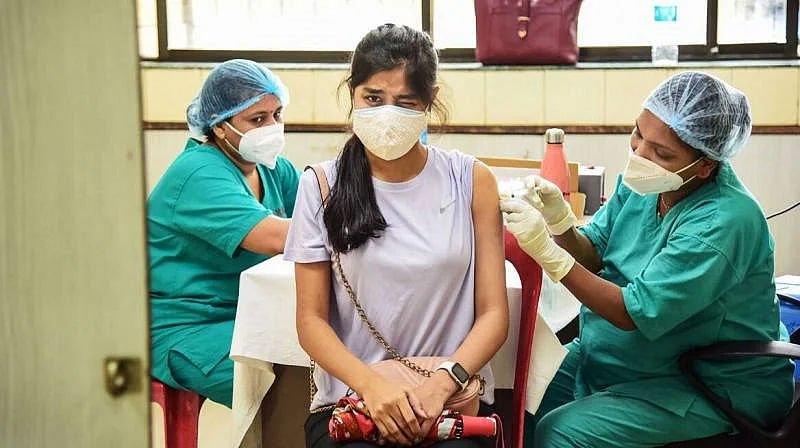