From ‘chhota’ criminal to Chhota Rajan 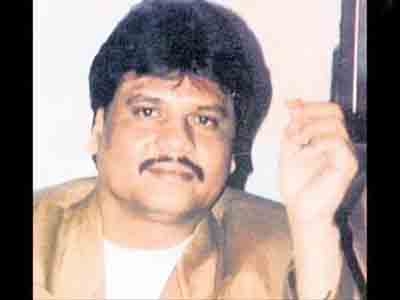 Mumbai : From a black marketer of movie tickets to one of the most wanted men in India, dreaded don Chhota Rajan had a roller-coaster ride in the underworld in a crime career spanning decades.

His arrest marks a significant development in the history of Mumbai’s underworld, subject of many a film, and comes as a boost for Indian security agencies.

Rajan started his career in crime by black marketing movie tickets in the metropolis in 1970s and 80s at Sahakar Cinema in Tilak Nagar under the tutelage of Rajan Mahadev Nair alias Bada Rajan who then headed a small gang and worked with Matunga-based underworld don Vardarajan Mudliar. Born in Tilak Nagar, where his family still resides, it is said poverty and illiteracy forced Chhota Rajan to take up black-marketing of film tickets. An ambitious Rajan soon graduated from a petty criminal to become the right-hand man of Bada Rajan.

In 1983, Bada Rajan was shot dead outside Esplanade Court in South Mumbai by Chandrasekhar Safalika and Abdul Kunju. The killing of his mentor was avenged by Rajan who tipped off Inspector Emmanuel Amolik who killed Safalika in an encounter. Further, Kunju was killed by don Rama Naik’s men in Chembur while playing cricket at the behest of Rajan. These two killings helped Rajan stamp his name in the underworld. He then came in contact with Dawood Ibrahim who was an established gold smuggler by early 1980s. Dawood needed a strong man who would look after the gangland activities in Mumbai. He selected Rajan for the job.

When Rajan was working with the Dawood faction, most of the old dons like Mudliar and Naik had ceased to exist in the underworld due to police and political pressures. Dawood’s escape to Dubai in 1984 led Rajan to operate the Dawood faction in the city till 1988, after which he, too, fled to the Gulf city.

Till 1993, Rajan-Dawood had become a deadly combination in Mumbai’s underworld. However, the serial blasts on March 12, 1993, in which Dawood was one of the conspirators, not only shook Mumbai and the country but also changed equations in the gangland. Rajan split with Dawood, fearing he would be eliminated by his crime boss, and then started a new phase of what later became fabled rivalry between the two. By then Chhota Shakeel, the current Man Friday of Dawood, had gained prominence in D-Company hierarchy and replaced Rajan.

Police sources say Pakistan spy agency ISI, which supported Dawood, told him to eliminate Rajan. The Rajan-Dawood separation ignited a bloody gang war, where their associates targeted each other and also businessmen linked to them.

Subsequently, Rajan, along with his close associates, fled from Dubai and vowed to eliminate the D-gang. Rajan started killing the 1993 bomb blasts accused and established himself as a ‘Hindu’ don. Rajan’s big moment came in late 1990s when his gang members bumped off Dilshad Baig, Dawood’s key associate and a Nepalese Member of Parliament.

In September 2000, Chhota Shakeel carefully planned a hit on Rajan who was then in a Bangkok hotel. Rajan was hit by bullets, but he made a daring escape through the hotel’s roof. He was admitted in a Bangkok hospital from where he later escaped and since then his exact location had not been known though it is said he operated out of South-East Asian countries.

Though Rajan survived the attack, he struggled with health problems after that. His standing in the crime world took a beating. Early 2000s saw the elimination of several Rajan gang members in police encounters and in killings by rival gang. In 2005, Rajan’s wife Sujata was arrested under MCOCA, a stringent anti-mafia law. His name also cropped up when well-known crime reporter J Dey was shot dead in Powai on June 11, 2011.