Explosives outside Antilia: Car in which accused fled still untraceable 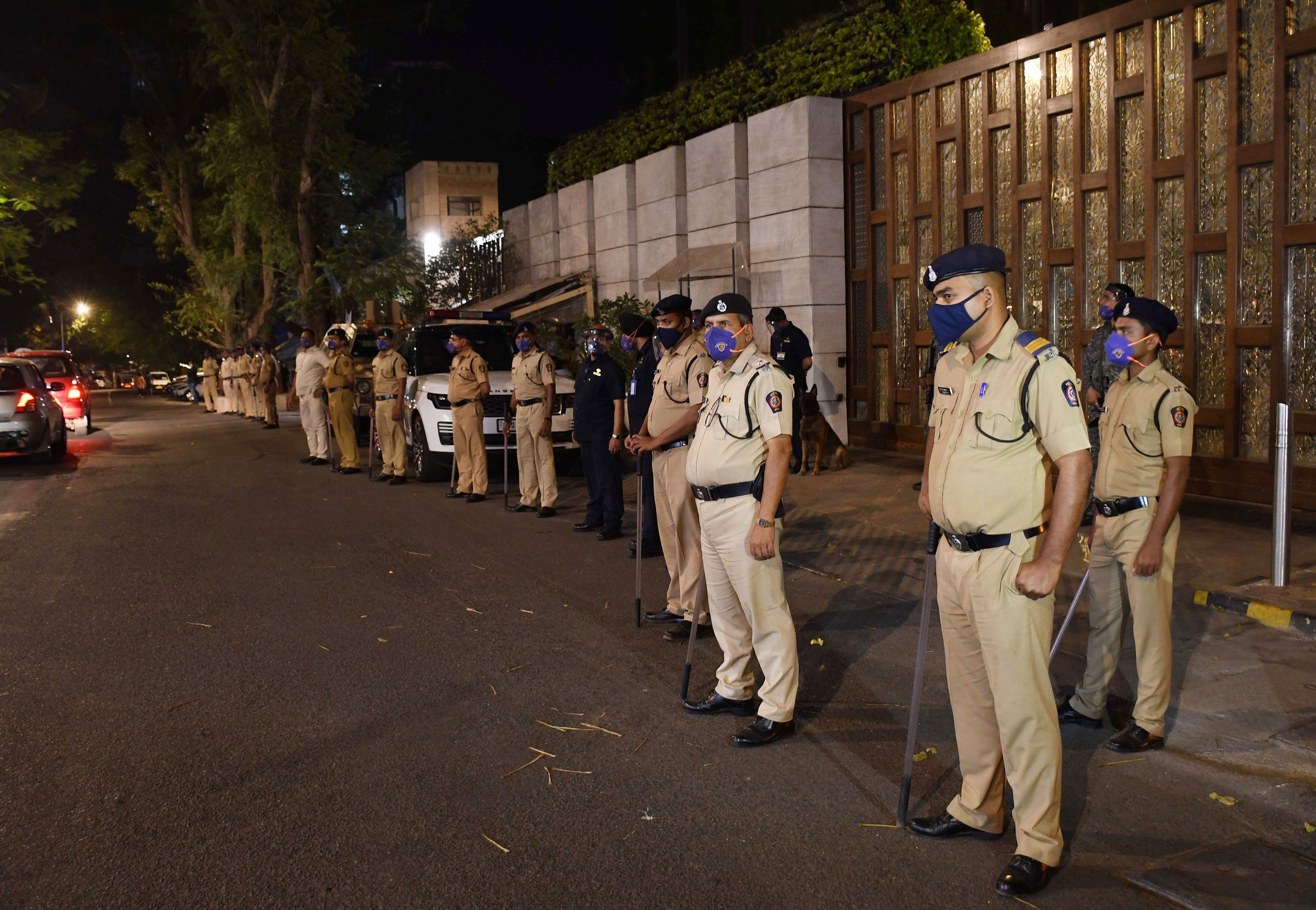 Maharashtra, Feb 25: High security outside Antilia at Altamont road after a car laden with gelatin sticks has been found abandoned near Mukesh Ambanis Antilia residence in Mumbai on Thursday. | ANI

Two days after the explosive-laden SUV was recovered from the proximity of Antilia - residence of industrialist Mukesh Ambani, the police are yet to trace the white Innova car in which the SUV's driver fled. The Innova car which left the city and entered Thane at 03.05 am on Thursday has been untraceable ever since. It was last seen on Bhiwandi-Nashik highway, said crime branch sources. The Mumbai police has not yet ruled out the terror angle into the episode.

"All possible angles are being varified. We are scanning CCTV cameras and also enquiring with the garage owners and petrol pump managers for possible clues. So far statements of 25 people have been recorded," said Milind Bharambe, joint commissioner of Mumbai crime branch. Police are also scanning mobile dump data of the location for possible clues.

The Scorpio car in which 20 gelatine sticks were recovered was sent to forensic lab for further examination, where the expert will try to find fingerprint and DNA sample from the car.

On Thursday afternoon, an explosive-laden SUV was recovered at Carmichael Road barely 600 meters away from Antilia. During further examination, a threat letter addressed to Ambani family was recovered alongwith a Mumbai Indians bag. Several car registration numbers had been recovered as well, of them four belong to Ambani's security details. The Scorpio car was bearing the registration number of that of lead car from Neeta Ambani's convoy, said police.

The gelatine sticks were weighing 2.5 kilogram and were enough to trigger a low intensity blast. However, material had not been assembled and no detonator was recovered, said police.

The Scorpio belongs to Hiren Mansukh car square part dealer who left it on Vikhroli highway on February 17 when it developed a technical snag, the car was stolen from there. The car was only seen when it entered the city from Thane at 1.20 am on Thursday along with Innova car. The Scorpio's location for week and how it left the city is still a mystery.