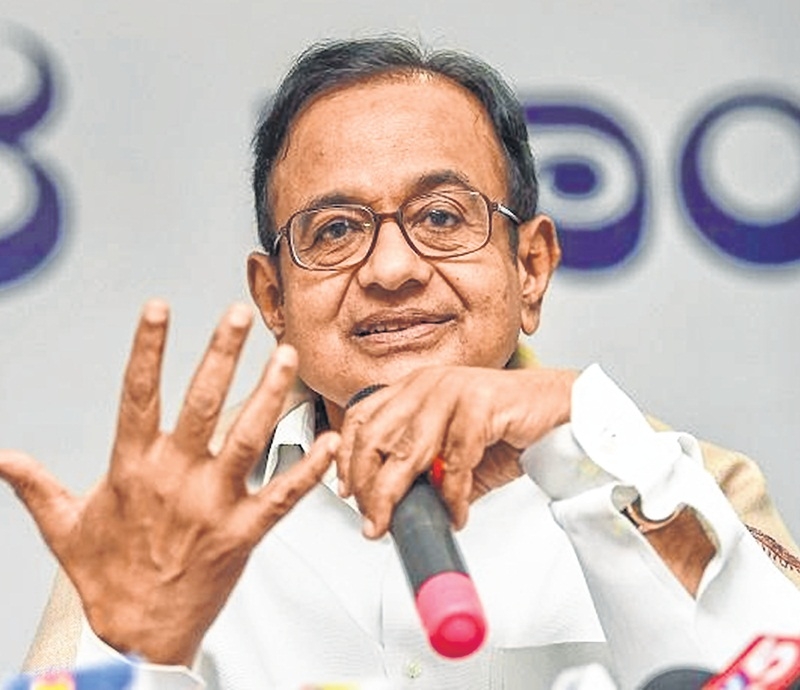 Mumbai: Senior Congress leader P Chidambaram on Saturday accused the Election Commission (EC) of “failing” the people of the country, alleging that it was partisan and reluctant to take action against Prime Minister Narendra Modi for poll code violations. Addressing a press conference here, he also said that as much as Rs 10 crore is spent on every rally of the prime minister. “Unprecedented expenses for the PM’s rallies. About Rs 10 crore is spent on each rally. The EC is failing the people of the country,” Chidambaram alleged. Maharashtra Congress president Ashok Chavan, who was also present at the press conference, demanded that the EC probe Friday’s incident in Dhule where a box was brought out of an aircraft ferrying Civil Aviation Minister Suresh Prabhu.

“The box surely didn’t contain mangoes. It was something more. The EC should take cognisance of the matter and should investigate it,” Chavan said. Earlier on Friday, while speaking to reporters in Shirdi, Prabhu had dismissed a video clip which claimed that a mysterious box was taken out of a plane carrying him when it landed at Dhule in Maharashtra. Responding to a question about the clip and the accompanying message which alleged that the box contained “Rs 15 crore”, Prabhu had said, “I don’t have fifteen rupees in my pocket, where is the question of Rs 15 crore!”