Eknath Shinde is not a Shiv Sena CM: Uddhav Thackeray on new government in Maharashtra

Uddhav Thackeray commenting on the formation of the new government in Maharashtra on Friday said that the new chief minister Eknath Shinde is not a Shiv Sena CM.

Shinde, the rebel Shiv Sena MLA, who triggered political crisis in Maharashtra was on Thursday sworn in as the 20th chief minister of Maharashtra, while Fadnavis took oath as the deputy chief minister, just 24 hours after the collapse of the Maha Vikas Aghadi (MVA) government led by Thackeray.

Thackeray said that a so-called Shiv Sena worker has been made the CM.

"The manner in which Govt has been formed and a so-called Shiv Sena worker has been made CM, I had said the same to Amit Shah," he said.

Addressing a press conference at Shiv Sena Bhavan, Thackeray also asked the BJP not to betray Mumbai like it "betrayed" him.

He said he was saddened by new Maharashtra government's move to relocate metro car shed to Aarey Colony from Kanjurmarg in Mumbai.

"Let the metro car shed project be at Kanjurmarg and not in Aarey. Kanjurmarg is not a private plot. I am with the environmentalists and had declared Aarey as reserved forest. Wildlife exists in that forest," he said.

Thackeray described the rebellion in his party as a mockery of democracy and waste of people's vote.

"Don't project anger for me on Mumbaikars. Don't change the proposal for the metro shed. Don't toy with the environment of Mumbai," Thackeray said.

Earlier in the day, Sanjay Raut also said, " a new government in Maharashtra under Eknath Shinde has been formed by the BJP with a group of MLAs that split the party, and asserted that the Sena is where the Thackerays are.

Taking a dig at Deputy Chief minister Devendra Fadnavis, Raut said had the BJP stuck to its word in 2019, it could have had the CM's post for two-and-a-half years and the Maha Vikas Aghadi (MVA) experiment involving his party, the NCP and the Congress would not have taken place.

Read Also
'MVA govt would not have been there if BJP...': Uddhav Thackeray's first address after stepping down... 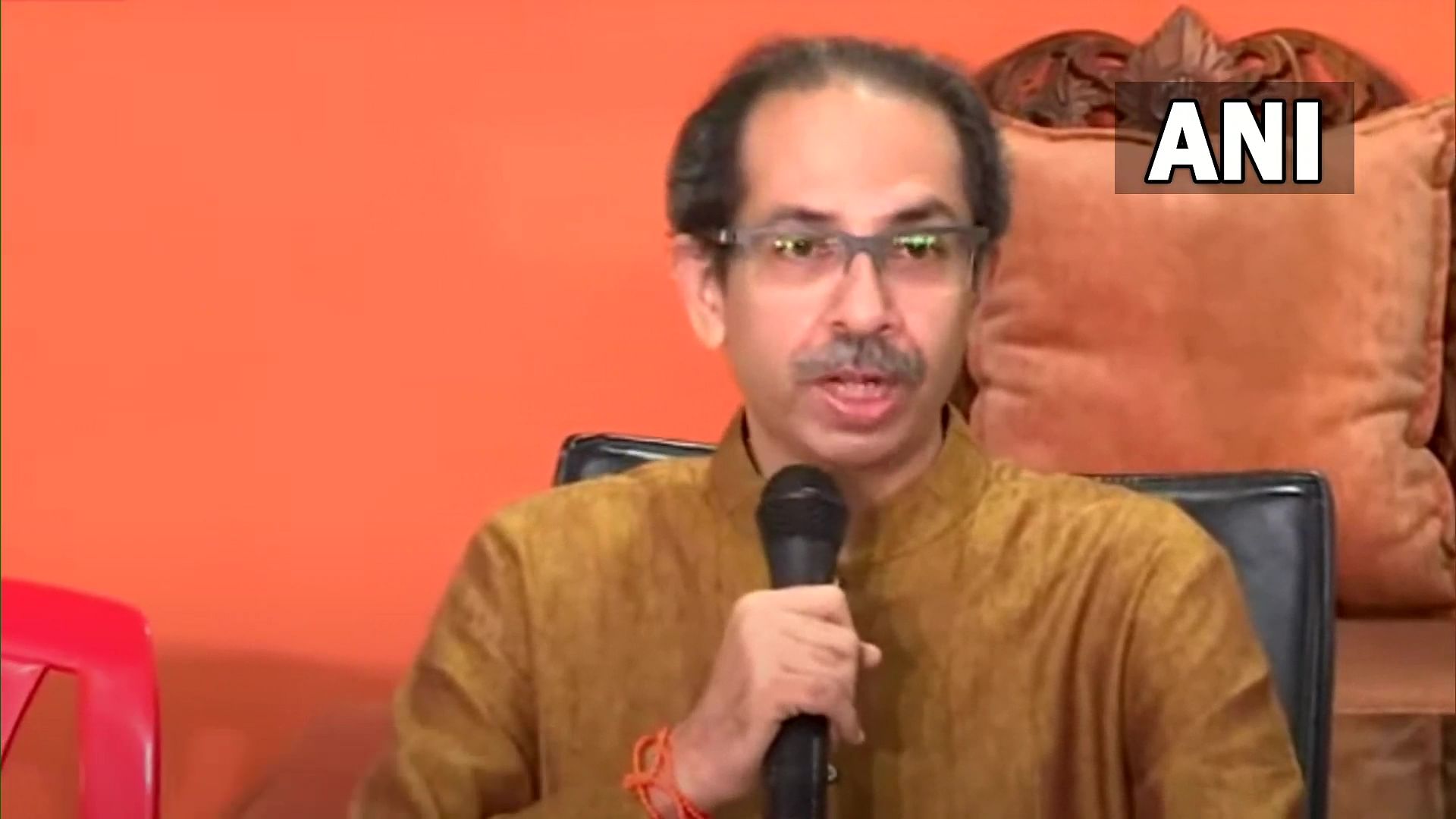 HomeMumbaiEknath Shinde is not a Shiv Sena CM: Uddhav Thackeray on new government in Maharashtra