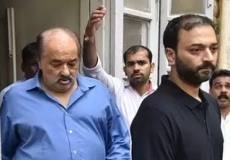 Observing that undue delay is not conducive to administration of criminal justice, the Bombay High Court on Thursday granted bail to Kapil and Dheeraj Wadhawan, both accused in the multicrore Yes Bank money laundering case. The promoters of DHFL group would however, remain in custody since they are also arrested in consonance with an FIR registered by the CBI.

A bench of Justice Bharati Dangre granted default bail to the duo as the Enforcement Directorate (ED) failed to file its charge sheet against them, within the stipulated 60 days period.

The ED had registered a case against Wadhawans on March 7 and took the duo in custody in May 11. The anti money laundering agency had filed its charge sheet in the case on July 13, which is nearly two days beyond the 60 days period.

The bench after hearing senior counsel Amit Desai for Wadhawans and additional solicitor general Anil Singh for the ED, noted that merits of the case cannot be gone into at this stage.

"Undue delay is not conducive to administration of criminal justice. By this time, crossing several hurdles, the position of law which has clearly emerged is that if the charge sheet is not filed and right for default bail has ripened into a status of indefeasibility, it cannot be frustrated by prosecution nor by the Court on any pretext," Justice Dangre observed.

"No subterfuge should be resorted to defeat the indefeasible right of the accused for default bail. The mandatory default bail is a sequel to non-filing of the charge sheet within the stipulated period," Justice Dangre added.

The bench accordingly granted default bail to the Wadhawan brothers, with a directive for them to furnish Rs One lakh surety.

After the order was passed, ASG Singh urged the bench to stay the bail order at least for the time being so that the ED could challenge its correctness before the Supreme Court.

"The request deserves a rejection on a simple count that once the view has been taken that the custody beyond 60 days, accrues indefeasible right in favour of the applicants (Wadhawans) and once this right has accrued, the applicants must be set forth at liberty without any further detention," Justice Dangre said.

The judge accordingly ordered Wadhawans not to leave India without the court's permission and also to surrender their passports, apart from other conditions.