Dolly Thakore and The Week That Was: When musical worlds melded 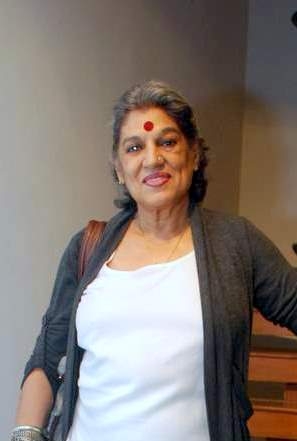 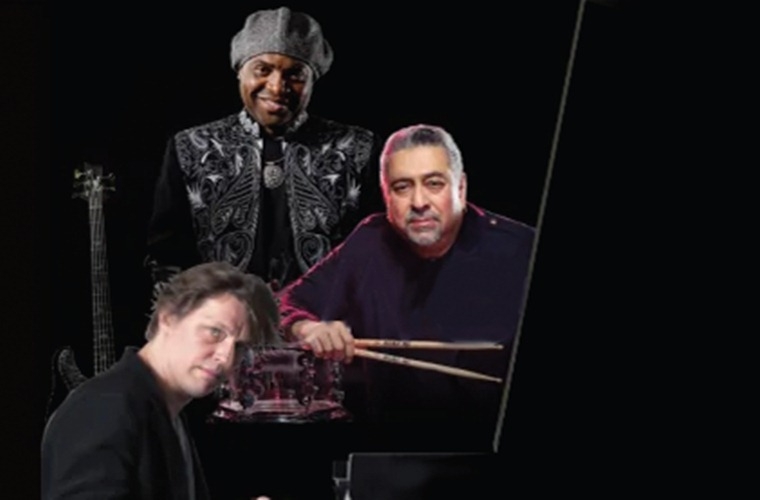 IT ALL STARTED with an invitation from Maya Barot to a jazz fusion at the Royal Opera House, organised by her percussionist husband Ranjit Barot, son of Sitara Devi, the Kathak queen, as acknowledged by Rabindranath Tagore when she danced for him. For years, I moderated her Payal Ki Jhankaar. And my affection and association for her and her son endures forever.

I first met Ranjit as a young teenager drumming away in their Nepean Sea Road flat in Mumbai and Sitara Devi saying, “Poora din humare ghar mein awaaz goonjti hai—ya to mere payal ki, yah mere bête Ranjit ki (my home is humming with sound all day – from my payals or Ranjit banging away!)”

That Ranjit has been referred to as “one of the leading edges of drumming” by the guitar legend John McLaughlin.

I would describe the jazz fusion ‘UnCommon’, choreographed by Ranjit Barot as ‘UnUsual’, where contemporary world music and jazz collided with Indian classical music. The world’s leading contemporary musicians performed a spontaneous combustion of jazz, world, funk, pop and rock, with Ranjit Barot on percussion, Etienne Mbappe vocals and bass, and Christophe Cravero on keyboard and violin. And it lived up to the programme note: “Joined by the truly ethereal voices of Hariharan and Vijay Prakash, where they truly blended sounds from across the globe and dissolved the boundaries through music. It was an evening of unforgettable interplay between traditional Indian music, jazz and the melodies of Africa.”

Even more touching was the opening tribute Ranjit paid to Louis Banks – the godfather of Indian jazz, who was in the audience.

Thank you Asad Lalljee, for your ‘unusual’ programming. 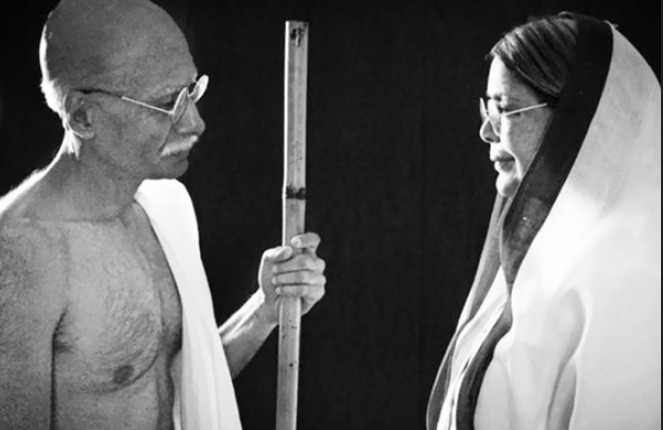 The name Zeenat Aman brought in droves of people into the Tata theatre for an intriguing Dearest Bapu, Love Kasturba. Written and directed by Saif Hyder Hasan of Hyderabad, he has established his reputation for casting film actors in his productions. It certainly was a pleasant theatre experience, seeing Deepti Naval and Shekhar Suman in Ek Mulaqat, Minissha Lamba in Mirror Mirror. And Arif Zakaria remains an actor who is up for challenges and worked very hard as Gandhi.

Takes me back some thirty years when I was casting for the late Pamela Rooks’s film Dance Like a Man – based on Mahesh Dattani’s play. We needed an actor with a supple body, and we needed to check Arif’s physique. And young Arif unhestitatingly presented himself. Such is the commitment of this actor. And he transformed himself as Gandhi convincingly.

When I saw Aanjjan Srivastav’s name advertised in Prayag Dave’s Isharon Isharon Mein, directed by Jay Kapadia, I decided to attend the play at the Tata Theatre. I am unfamiliar with the new young talent that has blossomed in recent years. And the topical themes they are willing to tackle.

The play took a while to establish -- with Aanjjan’s impeccable comic timing, peeling ‘dhania’ in his consulting room, and young Sanjay (Jay Kapadia) wanting a divorce, and the impressive, efficient Kalpaka and Pravin Bhosle set change, flashbacking within seconds to a coffee shop, with a colourful Sargam (Sanjna Hundupur) attending to customers energetically, soon established the content of the play, about Sanjay falling in love with Sargam who is speech and hearing impaired. They marry, have a child Vignesh (Vignesh), also born with this disability. But their equilibrium is destroyed when father Sanjay is advised to get his eight-year-old son a cochlear implant, which may perhaps, restore the child to normalcy. Mother Sargam is resentful that it will take the child away from her, that his affections and dependence on her will wane.

Every actor communicated their character convincingly and I look forward to young Vignesh continuing in theatre.

For weeks, people have been knocking on every door for a ticket to the Symphony Orchestra of India ouvre of Zakir Hussain, with Shankar Mahadevan and Hariharan, at the Jamshed Bhabha Theatre of the National Centre for the Performing Arts. The evening started with Zane Dalal passionately conducting Shostakovich with the SOI musicians. And then followed the piece de resistance, with Zakir Hussain’s own composition, Ameen Ameen Shanti, with Kelley O’Connor, Shankar Mahadevan and Hariharan.

As a prelude to this, a day earlier, there was a discussion moderated by Zane Dalal with Zakir Hussain and his accomplished wife Antonia Minnecola, who composed the English text on The Politics of Freedom.

What will grow there now

Will any seed be yielded

Will any root be stirred.”

And Ameen Amen Shanti expressed the emotions uppermost in every heart musically.

Zarin Gupta, founder and chairperson of the Salaam Balak Trust, which celebrated 30 years of success, shared a very touching story of its beginnings.

At a party celebrating the completion of Mira Nair’s film Salaam Bombay at the Sun-n-Sand Hotel in Mumbai, the awestruck streetkids who had acted in the film were running all over the hotel, too scared to use the hotel toilet which they were unfamiliar with and opting instead, to pee on a wall at Juhu Beach. The filmmakers had then wondered what the future of these children would be, once they returned to the streets.

The production team of Salaam Bombay offered opportunities to the three lead actors of the film. But Mira Nair agreed that more needed to be done at an institutional level, to rehabilitate the street children. This was the beginning of the trust, in 1989. Today, there are balwadis and daycare centres in areas inhabited by vulnerable children’s groups in Andheri, Charni Road, Kandivli, Malad, and Solapur, each accommodating some 70 street children. At the Bharatiya Vidya Bhavan in Chowpatty, each group of kids performed a dance, song, lavani or yoga, and the smiles and confidence they exuded is testimony to the dedication of the volunteers, teachers, sponsors and supervisors.

There is hardly anyone who does not recognise the name and music of A R Rehman. He first shot to international fame in 2008, with Danny Boyle’s ‘Slumdog Millionaire’ featuring his anthem Jai Ho, which won him the Oscar for the best original song and is now played at every patriotic event – be it Donald Trump in India or any celebration of patriotic fervour. The trust, at its 30th anniversary celebration, choreographed young boys in Army uniforms singing Jai Ho, making one’s hair stand on edge.

Sooni Taraporevala, the scriptwriter of Salaam Bombay, has given us another gem on Netflix, Yeh Ballet, which too is Oscarworthy! About two talented underprivileged, teenage male ballet dancers – Manish Chauhan (the son of a taxidriver in suburban Mumbai, who believes dancing is the passion of the rich) and Achintya, being tutored by a frustrated French ballet teacher Julian Sands who opts for India, and the criticism and discrimination they face as they pursue their dancing dreams. Produced by Siddhaarth Roy Kapur and Khushboo Ranka – more power to them – with Jim Sarbh, Danish Husain, Vijay Maurya, Heeba Shah and Kalyanee Mulay, there is not a wrong foot anywhere. It delicately weaves in the problems of politics, poverty and communalism that plague our society. Thank you, Sooni.

For the last 10 years, Alert India (a 35-year-old NGO working towards detection and treatment of leprosy patients) Association for Leprosy Education, Rehabilitation and Treatment, has been organising a fundraising campaign which encourages schoolchildren to become aware of this disability, by offering awards to the child and the school collecting the most funds. The indefatigable Veera Rao reaches out to some 300 schools in Mumbai, Thane, Bhiwandi, Kalyan, and beyond and has raised over Rs 50 lakh. But more than the money, it is the awareness and sensitivity created in these young minds.

I juggle between my NGO commitments and the theatre and music world.

Lie down to a chorus

One of the most unusual events was the G5A presentation of Lullaby Stranger, a choral performance to be experienced lying down. All I can say is you have to be there to appreciate this brilliantly choreographed choral by Salome Rebello. One enters a dimly lit hall with some 35 single mattresses strewn across the room covered in pristine white sheets and an equally pristine white sheet to keep you warmly comfortable as some 15 divine voices interweave amongst those lying down, singing/humming songs of love, fulfilment, absence, loss and longing, of nightmares and prayer and death. One needs to surrender, which I did not and was very aware, observing every move. A great shame if you missed it. It was an experience like none other.

I also raced across town to the Tata Theatre, to attend a concert of classical music performed by the Symphony Orchestra of Sri Lanka and Singers from Soul Sounds, to celebrate the 72nd anniversary of the independence day of the Democratic Socialist Republic of Sri Lanka with

such simplicity and sincerity – it communicated its democratic and socialist leanings without any fanfare, touching many a heart.