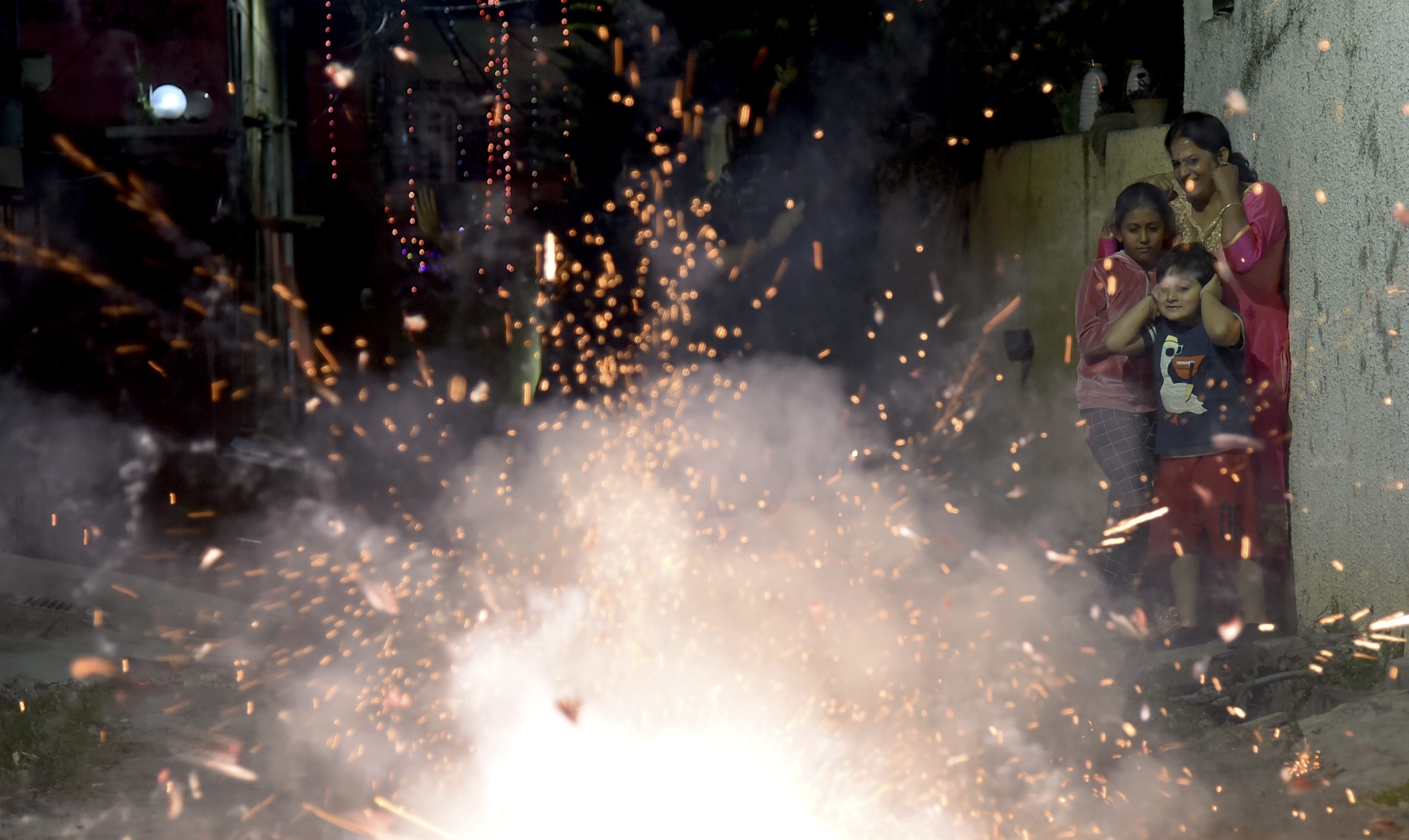 Mumbai: Even as Mumbai’s overall Air Quality Index (AQI) plummeted to ‘moderate’ with 162 on Diwali, the air in Colaba, Mazgaon and the Bandra-Kurla Complex continued to be under the ‘poor to very poor category’ on Thursday evening. System Air Quality Weather Forecasting and Research (SAFAR), under the Ministry of Earth Sciences, has forecast that air quality in the city is likely to fall to ‘very poor’ category on Friday.

For all of this week, the city’s AQI has been ‘poor’ -- between 201 and 300. However, the air quality recorded at Colaba, BKC and Mazgaon in the same period was 290, 290 and 313 (very poor) respectively. Bhandup recorded the lowest AQI of 91, categorised as satisfactory.

According to the forecast issued by SAFAR on Wednesday, it is likely to be warmer with high humidity. High temperature and humidity levels lower the level of pollution in the city.

SAFAR, run by the Indian Institute of Tropical Meteorology, under the Ministry of Earth Sciences, with the support of the Indian Meteorological Department, predicts the quality of air. The air quality forecast for the Diwali 2021-period was issued based on its high-resolution atmospheric chemistry transport model, known as the SAFAR-Air Quality Forecasting Model.

According to SAFAR, the concentration of PM 2.5 (particulate matter - suspended pollutants 2.5 microns or smaller in size) was 75 µg/ m3, which is 1.2 times the daily safety limit. As per the National Ambient Air Quality Standards, the daily safe limit for PM 2.5 is 60 µg/m3. PM 2.5 is among the top pollutants in the city’s air. The concentration of PM 10 (larger particles) was 148µg/ m3, 1.4 times the safe limit of 100µg/m3, on Thursday.

Pollution levels will rise in the city, pushing the AQI into the ‘very poor’ category between Thursday night and Friday early morning, SAFAR has said. The highest levels of PM 10 and 2.5 are forecast for early morning hours i.e., between 1am and 4am on the night of November 4 and 5, but the situation will start to improve the next day. As per the forecast, the concentration of PM 2.5 could go to 182µg/m3, which will be nearly three times more than the 24-hour safety limit. PM 10 concentration is likely to be 275 µg/m3 on Friday.

According to the weather bureau, the minimum temperature is likely to increase further in the next two days, going up to 26 ° Celsuis for the next 24 to 48 hours, while the maximum temperature will hover around 35 ° Celsius.