It was also alleged that the promoters had acquired expensive items using the diverted funds, CBI officials claimed on Thursday.

The Central Bureau of Investigation (CBI) has conducted further searches in an ongoing investigation of a case related to the alleged loss of Rs 34,615 crore to a consortium of 17 Banks led by Union Bank of India.

Two paintings made by F.N.Souza (1964) and another by S.H. Raza (1956) worth Rs 5.50 crore, two watches of Jacob & Co & Frank Muller Geneve make worth Rs 5 crore and Gold & Diamond Jewellery including Bangles & Necklace worth Rs 2 crore have been recovered. It was also alleged that the promoters had acquired expensive items using the diverted funds, CBI officials claimed on Thursday. During the investigation, Kapil Wadhawan, the then CMD & Dheeraj Wadhawan, the then Director of Dewan Housing Finance Corporation Ltd (DHFL) based in Mumbai were arrested after their custody was taken from Lucknow jail and both are presently in CBI custody. The agency had also arrested Mumbai resident Ajay Nawandar in the said case.

Last month, the CBI had registered a fresh case against the DHFL, Kapil Wadhawan, Dheeraj Wadhawan and six realtor companies for allegedly being part of a criminal conspiracy to cheating the consortium led by the Union Bank of India to the tune of Rs 34,615 crore by siphoning off loans availed from the said banks & falsifying the books of said private (Borrower) company and creating Shell Companies/false entities, which had come to be known as “Bandra Book Entities”.

Later, the CBI conducted searches at the premises of two persons in Mumbai and Dewan Villa, Mahabaleshwar which led to the recovery of a large number of paintings, including the work of Tyeb Mehta and Manjit Bawa and sculptures, some cash & other incriminating documents. The value of these artworks is estimated to be around Rs 40 crore, as per initial estimates.

"It was alleged that the said private company & its promoters had created several shell companies & fictitious entities (the Bandra Book entities) and siphoned off huge funds by disbursing funds to such fictitious entities. It was further alleged that separate audits conducted by other private audit accounting organisations had identified multiple instances of diversion of funds by the accused for personal benefits and falsification of books of accounts to camouflage and conceal dubious transactions," the CBI claimed in a statement.

"The audits also identified several instances where large value loans were provided to such fictitious entities without due diligence and securities. Instances of sanction and disbursement of loans, merely by e-mail communications were allegedly found for which no loan files were maintained in the said private (Borrower) company. Earlier, searches were conducted at various locations in Mumbai at the premises of the accused which led to the recovery of incriminating documents," the CBI claimed. 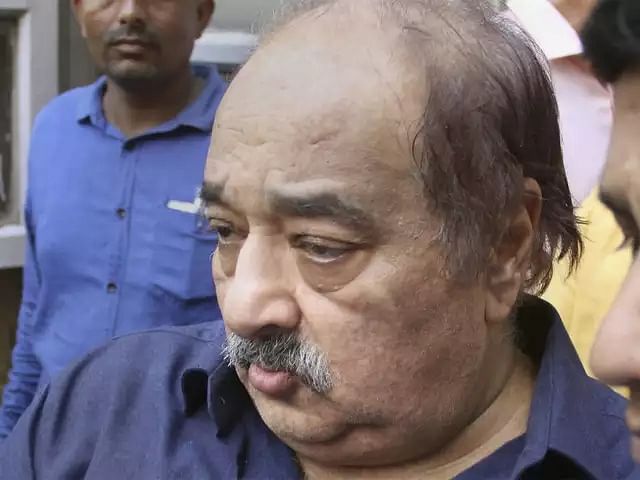