Earlier on Friday three coaches of Puducherry Express derailed after getting hit by Gadag Express from CSMT near Matunga railway station.

Although the local trains were started at around 8.30 am on Saturday, after the derailment of the Puducherry Express at Dadar, a limited number of locals were running and it completely disrupted the life of commuters who are depending on Mumbai's Lifeline.

Due to this, especially at the railway stations like the Kalyan, Badlapur, Titwala, and Thane, there was a huge crowd of commuters who were almost hanging out of the door of limited locals arriving at the station.

The central railway officials in the morning seeing the crowd at railway stations appealed all the commuters to use the buses or other options while coming to Mumbai from Thane and other stations beyond Thane.

Earlier on Friday three coaches of Puducherry Express derailed after getting hit by Gadag Express from CSMT near Matunga railway station.
Central Railway's Chief Public Relationship Officer Shivaji Sutar said, "The work of shifting the coaches and rehabilitating the railway tracks and other systems has started on a war footing and the railway traffic will be smooth in the afternoon and most probably will start running properly from evening."

It made all the commuters angry who took tweeter to react on this mismanagement by railway. Varun Singh, Journalist tweeted, "Left my home at 9:30 am from Kalyan and till 11:50 am I did not reach Kurla @Central_Railway you deserve a noble prize for mistreating your commuters."

Amarjeet Singh, who was about to travel from Thane to Chhatrapati Shivaji Maharaj Terminus (CSMT) said, "Due to crowd at Thane railway station I was unable to catch the train for one hour. After getting on the train I reached Vikhroli after 50 minutes. The central railway should work for betterment so that in future such situation should not arise."

The accident has severely disrupted rail traffic in the Matunga area, disrupting local trains and long-distance trains. A total of 7 trains running between Mumbai to Manmad and Pune have been cancelled by the Railways. The service of four trains coming to Mumbai has been completed at Thane, Nashik Road, Panvel, and Manmad. So the schedule of two trains has been changed.

Prima-facie cause of derailment is under investigation.

The following helplines are provided at for dissemination of information 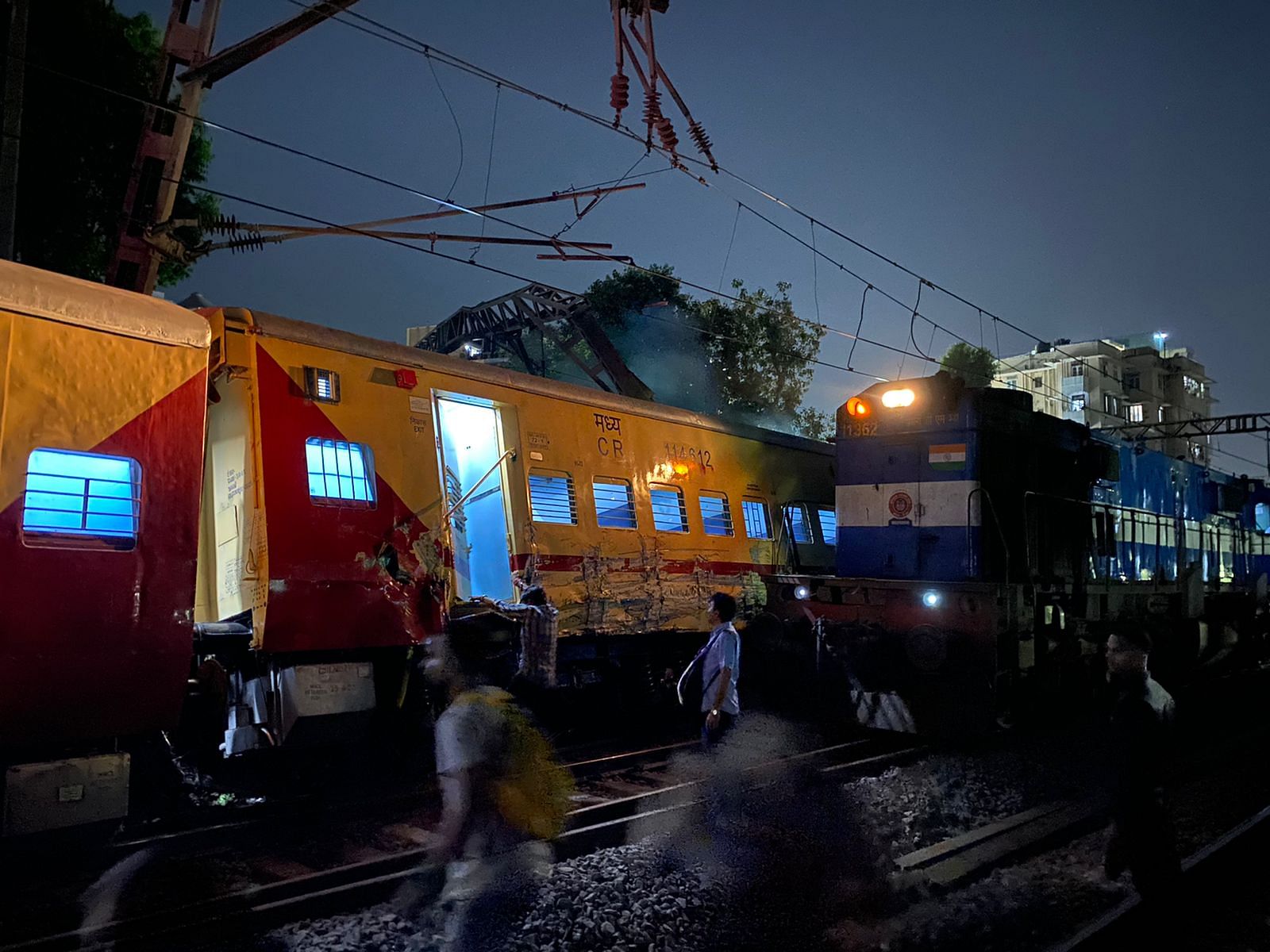