Class III and IV employees of the KEM Hospital in Mumbai staged a protest on Tuesday after a colleague working in the Covid ward died on Sunday and his body was kept outside the mortuary for two days.

The worker had allegedly been denied leave by the hospital authorities though he had complained about being unwell last week. Hospital dean Dr Hemant Deshmukh held a meeting with union representatives and assured them they would be granted leave if they fell sick or developed symptoms and would also be provided treatment in the nearby Mahatma Gandhi Hospital. Surendra Satbir Sarkania, 45, a resident of Dombivli, was posted at COVID-19 Ward No. 20 of the KEM hospital and succumbed to his illness on the evening of May 24, before reaching the hospital. He was a daily-wage worker and for the last ten years, had been working at the KEM Hospital. But, on May 20, he developed corona-like symptoms, for which he had sought leave but his request was turned down by the hospital administration. He was also denied testing, said Pradeep Narkar, secretary, Municipal Mazdoor Union.

This shocked the workers and they staged a protest, said Narkar. It was only after the workers created a stir did the hospital declare his death to be a suspected COVID-19 fatality and the body was handed over to his family on Tuesday. 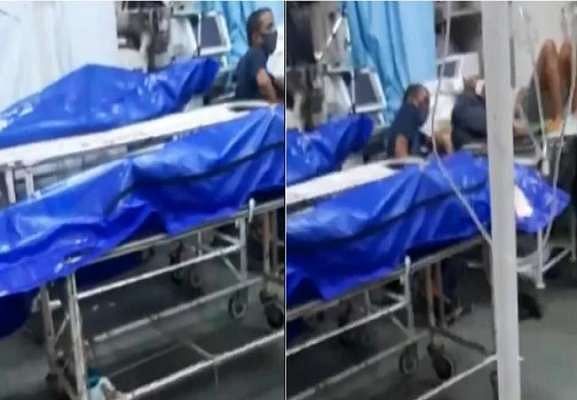 Unfortunately, now, his family members have also tested positive and no hospital is ready to admit them, he added. Union members protested from 7am to 12.30 pm on the hospital premises, demanding better working conditions for health professionals. Several members said they were not being given leave or proper treatment facilities.

“We are working in poor conditions and for longer hours. Ideally, we should be quarantined and treated if we have symptoms, but that is not happening,” Narkar said.

Dr Hemant Deshmukh, dean, KEM hospital, held a meeting with the union representatives and assured that henceforth treatment will be provided at the nearby Mahatma Gandhi Hospital, if any Class III and IV employees require it.