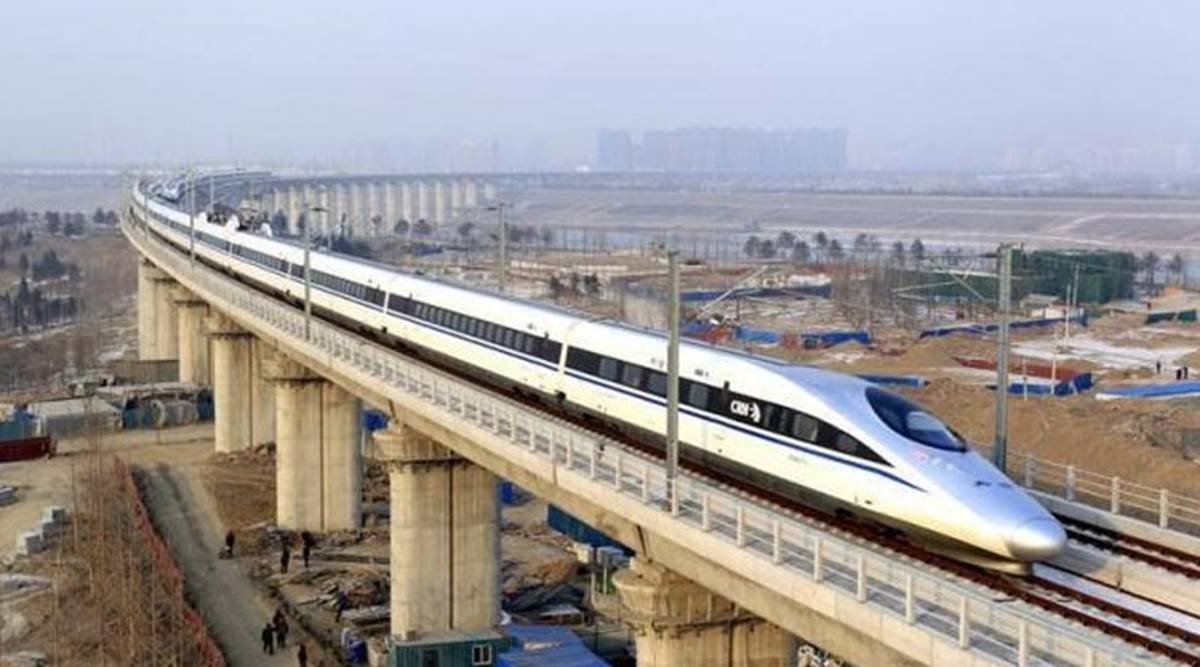 The plans to bullet trains zipping across the country are moving steadily at a slow pace. After updates on 44 percent of land being made available in Maharashtra for the Mumbai-Ahmedabad High-Speed Rail corridor, two new inter-state bullet train rail lines are in tow, both starting from Mumbai.

One connects Pune and the other Nagpur via Nashik. On December 27, the Railway officials made a presentation to Minister for State for Railways Raosaheb Danve about these two new rail corridors.

The process of land acquisition for the Mumbai-Ahmedabad Bullet train has been an issue in Maharashtra. In the past, this Rs 1.08 lakh crore rail line has also been mired in political bash-up between the Centre and State. Now, the Indian Railways are reinforcing plans for the 767 km long Mumbai-Nashik-Nagpur High-Speed Rail and Mumbai-Pune High-Speed Rail corridors.

On Monday, NHSRCL authorities gave a presentation to MoSR Raosaheb Danve who took stock of the current status. Danve’s office confirmed that the minister reviewed the meeting and asked the rail authorities to expedite the project and that have asked them to submit the DPRs within the first half of 2022.

As per primary details, the Mumbai-Nashik-Nagpur Bullet Train will connect Mumbai, Nashik, Shirdi, Aurangabad and Nagpur through 14 stations. In Mumbai, the line is expected to start from Thane or thereabouts and branch off from the 508 km long Mumbai-Ahmedabad High-Speed Rail corridor.

In September 2020, the NHSRCL had invited bids for preparing the line’s final alignment design using LiDAR surveys, and for preparing DPR.

In March 2021, the aerial LiDAR survey started with a 150-day deadline. The maximum speed of trains plying here would be 350 kmph though the operational speed would be 320 kmph with an average speed of 250 kmph. The rakes will have a capacity of 750 passengers. This will bring down travel time by 50 percent from the present 11-12 hours.

Sources said that both these lines would have Urgent Earthquake Detection and Alarm System (UrEDAS) for automatic breaking in case of an earthquake. The probable halts would be at Shahapur, Igatputi, Nasik, Shirdi, Aurangabad, Jalna, Mehkar, Malegaon Jahangir, Karanja Lad, Pulgaon, Wardha and Nagpur.

The proposed Bullet train line is expected to run along Samruddhi Mahamarg Expressway, national highways and green fields and shall have 15 tunnels.

The land acquisition process shall begin only after the Indian Railways and Maharashtra government approve it. For the Mumbai-Pune corridor, a feasibility study has been initiated and DPR shall be submitted. If the project is approved, the travel time between Mumbai and Pune is likely to reduce to nearly 90 minutes. Presently, it takes three hours to reach Pune from Mumbai by outstation trains operated by the Central Railway.

Transport experts claimed that having a high-speed rail amidst the Western ghats is a difficult task. A high-speed train corridor will require to be operated at 320 kmph which will not be feasible between Mumbai and Pune due to the ghat section.