BJP should speak about Chinese 'intrusion' too, not just Pakistan: Shiv Sena

Shiv Sena leader Sanjay Raut on Friday said the BJP should speak about China's "intrusion" into the Indian territory and not restrict itself to commenting only on Pakistan.

"BJP keeps criticizing the Maharashtra government for any trivial issue as if that party does not have any other job," said Raut, a Rajya Sabha member.

"The party should comment on China's intrusion into the Indian territory. It is a more important issue. The BJP selectively chooses to refer to Pakistan, but not to China," he claimed.

Indian and Chinese troops are locked in a standoff in eastern Ladakh since May 2020. There was no breakthrough in the 14th round of talks between the two militaries, an official statement said on Thursday.

Meanwhile, asked about chief minister Thackeray's absence at Thursday's video meeting with the PM, Raut said, "One day (even) the PM could skip a meeting. There could be (other) important work. The meeting with PM was attended by state health minister Rajesh Tope who is in charge of everything related to health." The Sena leader also said he wanted to hold a "special health camp" for Maharashtra BJP leaders like Chandrakant Patil.

"The Sena can organize such a camp to check their eye-sight and hearing ability as they keep making false claims. We will surely cure them," Raut added.

Asked about the Sena's plans for Uttar Pradesh and Goa elections, he said, "Some Trinamool Congress leaders are meeting me tomorrow about Goa elections. In UP, we are planning to contest 50 seats." 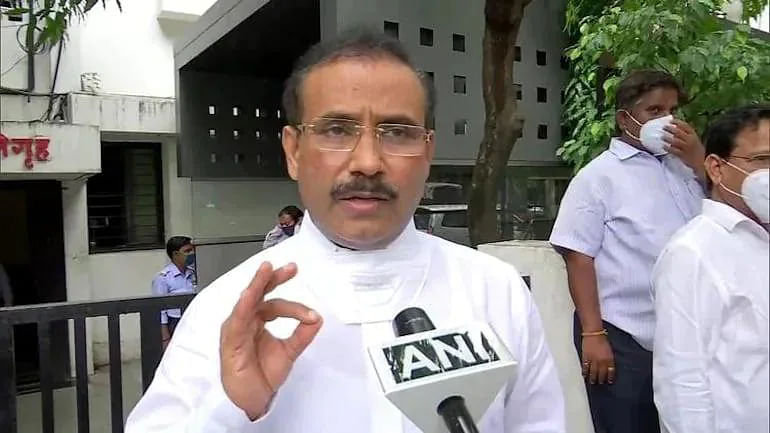 Maharashtra: Many people are reluctant for vaccination as it is optional, says Rajesh Tope