Several cases of bird flu have been reported in migratory birds in Himachal Pradesh, Rajasthan, Kerala, Delhi, Uttarakhand, UP, Haryana, Gujrat and Madhya Pradesh. Similarly, test results of samples from some of the areas in Maharashtra too have tested positive. Wherever the positive reports in poultry birds have been communicated, the process of declaring the “Infected Zone” and activities have been initiated to enforce the prescribed preventive measures, as per the provisions of the Prevention and Control of Infectious and Contagious Diseases in Animals Act, 2009. As per the provisions, 25229 poultry birds within 1 km radius of the infected poultry farms from 7 districts and 14 place have been culled by following standard protocol. The surveillance work is being carried out in the Surveillance Area of 1-10 Km. The area is also disinfected at all the infected places. Surveillance work is continued at the places where positive results have been reported in other species of birds excluding Poultry. A team from Central Government of India lead by Dr Tapan Kumar Sahu, Quarantine Officer, Chennai has arrived on Jan 17, in the state to monitor the activities undertaken in the Bird Flu affected areas. The team has taken a review of the activities undertaken by the state in containing the Bird Flu outbreak. The team has visited Pen (Raigad), Nande (Pune), Boribel (Daund, Pune) and has expressed satisfaction in efforts taken to contain the Bird Flu outbreak. In order to contain the incidences of Bird Flu without delay, the exercise of the powers conferred under Prevention And Control of Infectious and Contagious Diseases in Animals Act, 2009 for the prevention, control and eradication of Avian Influenza, Government of Maharashtra has conferred all its powers on all the District Collectors within their local Jurisdiction in the state of Maharashtra vide notification dated Jan 12.

The process of declaration of “Alert Zone” in an area of mortality in Poultry birds, suspected to be died of Bird Flu and ensuring necessary precautions and preventive measures are undertaken under these conferred powers, by local administration.It is hereby communicated to the owners of poultry farms and general public that, an intimation of mortality in the in crows, parrots, herons or in migratory birds in any village or of any unusual mortality of poultry birds in commercial farms as well as in backyard poultry, be immediately given to the nearest veterinary dispensary. 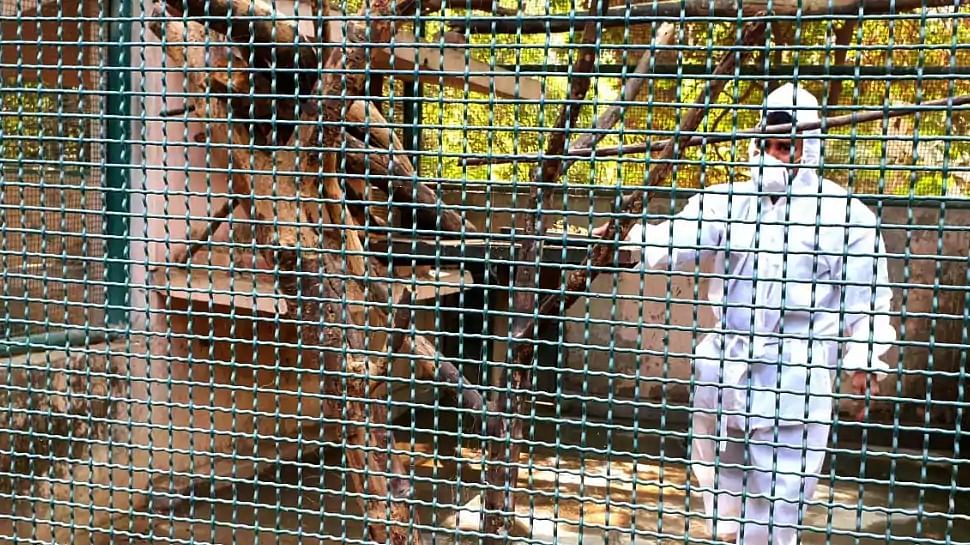 The intimation should also be given on the Toll-free no. 18002330418. It is advised that the dead birds should not be touched with bare hands, post mortem of such dead birds should not be conducted and the dead birds should not be disposed off without intimation. As per the provisions under Section 4 (1) of the Prevention and Control of Infectious and Contagious Diseases of Animals Act, 2009, every owner, or any other person, non-governmental organization, public bodies or village Panchayat, in- charge of any animal which he or it has a reason to believe to be infective of a scheduled disease shall report the fact to the Village Officer or Village Panchayat in-charge, who may report the same in writing to the nearest available Veterinarian.

Everyone in the state needs to take these precautions as mentioned above, for containment of the outbreak at the place of occurrence and to prevent the further spread of the disease.The Avian Influenza virus gets inactivated at temperature of 70 degree Celsius in 3 seconds. Properly cooked chicken and boiled eggs are safe for human consumption. It is appealed to the citizens that they should not consume raw, half cooked poultry meat or eggs. The chicken shop proprietors are strictly directed to use gloves, mask covering mouth and nose, stringent hygiene practices in the shop and to maintain social physical distancing norms. It is also urged not to spread misconceptions and rumors based on unscientific information about bird flu.

Read Also
Bird Flu: Can you eat chicken and eggs amidst the avian influenza scare?