According to the spokesperson of Global Hospital, four injured were brought in early Wednesday. The three injured persons from the Maruti Swift accident.

One of the damaged in accident | Photo: ANI
Follow us on

Five toll plaza employees and an ambulance driver were killed, while 11 others sustained injuries in the Bandra-Worli Sea Link accident early on Wednesday morning.

Everyone involved – aged 18 to 42 years – was rushed to BYL Nair Hospital, but the injured were discharged against medical advice on the insistence of families and admitted to Global, Lilavati, Breach Candy and Saifee hospitals for further treatment.

Doctors said two of the injured have sustained serious head injuries, while others have suffered knee, leg or shoulder fractures and injuries to ears and eyes. One of the critically injured (a toll plaza employee) Hemant Toraskar is on a ventilator at Lilavati Hospital.

According to the spokesperson of Global Hospital, four injured were brought in early Wednesday. The three injured persons from the Maruti Swift accident.

Siddharth Juyal, 19, Mohd Rayyan Patel, 18 and Shane Joseph Portugal, 18 – were also shifted. While Juyal is said to be stable, the other two are in the ICU under observation.

“Patel has suffered humerus fracture and a severe fracture of finger bones, with multiple fractures in the left hand. He will need surgery,” said a doctor. Portugal has a complex pelvic bone fracture along with multiple lacerations.

Dr Ashwini Nair, who stopped to help the injured from the initial Swift car accident, sustained a fracture in her leg and dislocated her right shoulder after the Creta dashed into the waiting cars and the ambulance. She was also discharged from Nair against medical advice. 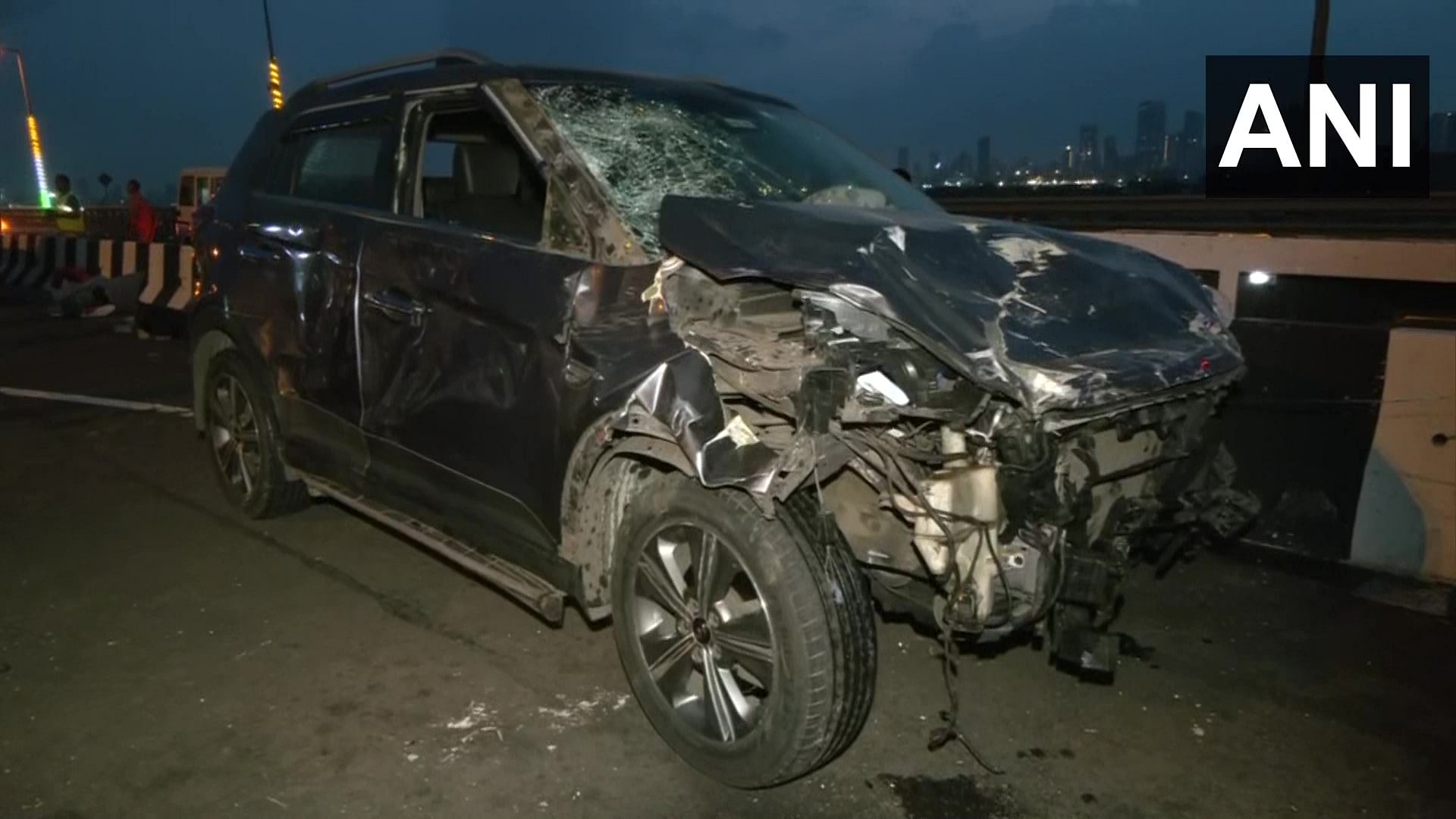