Shiv Sena's (UBT) nominee Rutuja Ramesh Latke won the Andheri East Assembly by-election with 66,530 votes in favour. Latke and a group of party members called on Thackeray at his residence on Sunday.

Latke’s nearest rival was NOTA, or None of the Above, with12,806 votes. A total of 86,570 votes were cast in the by-election, necessitated by the death of her husband. 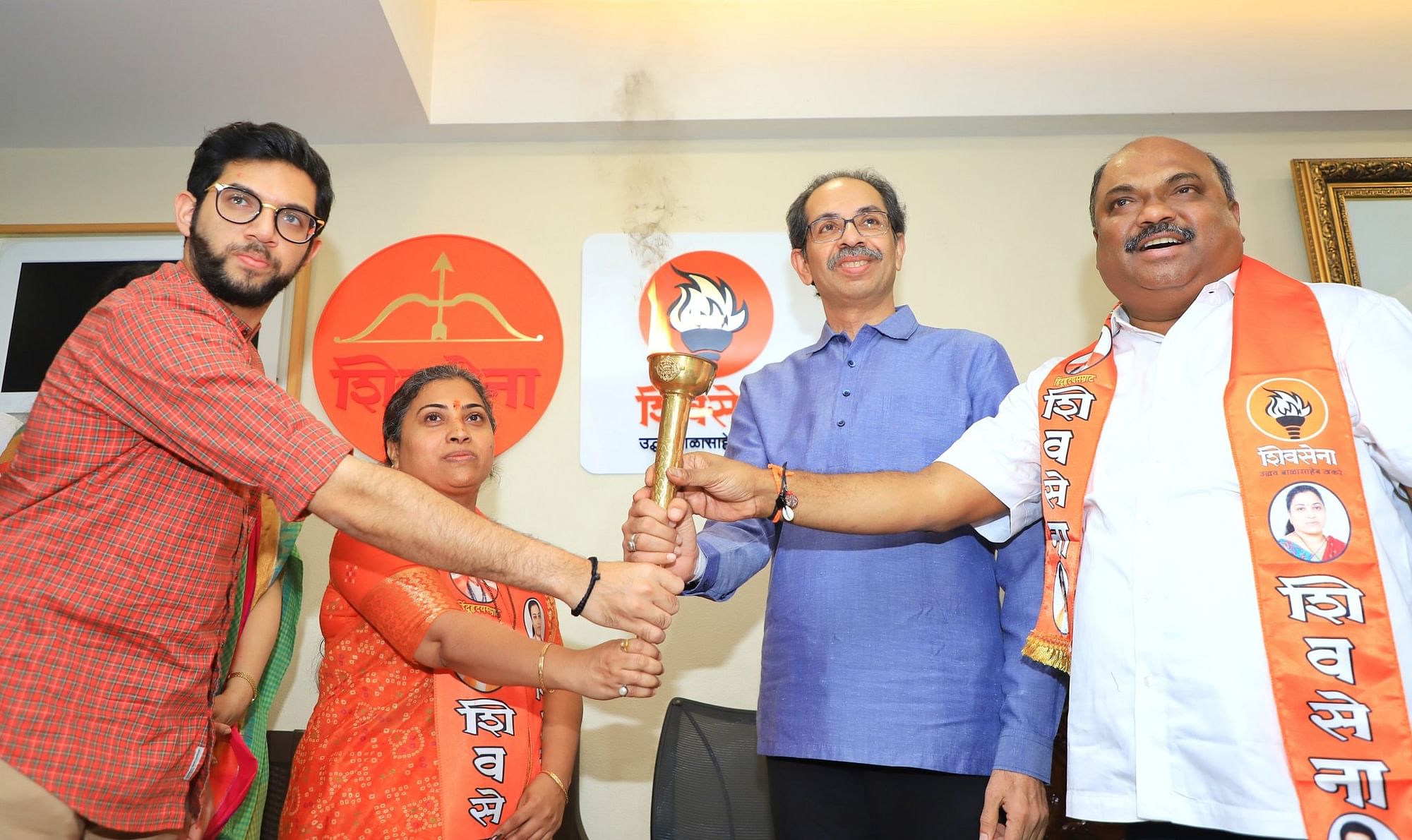 Latke and a group of party members called on Thackeray at his residence on Sunday. Thackeray, accompanied by son Aaditya Thackeray and senior party colleague Anil Parab, congratulated Latke and also thanked allies NCP, Congress, Sambhaji Brigade and Vanchit Bahujan Aghadi, along with other parties,for extending support to her.

He lashed out at the rival Balasahebanchi Shiv Sena led by Chief Minister Eknath Shinde without naming either. “They took away our symbol and name citing this election, but I am glad we won with such a huge margin,” he said.

“The battle has started withavictory. We will win in the future as well.” He added, “The party symbol is important, but people lookfor character.Theby-poll results show people support us."

Slamming the BJP, his erstwhile ally, Thackeray said, “It is clear there was a use of NOTA. There was campaigning for NOTA. Had the BJP contested the election, the party would have got as many votes as NOTA.”

Latke also claimed the high number of NOTA votes belonged to the BJP and the party would have got only those many if it had contested. “The BJP would have not fielded its nominee [in the first place] if it had any real sympathy [for me],” she said. “They withdrew only after realising they would lose.”

This was the maiden election for the Thackeray-led faction after the Sena split earlier this year and was fought with its new symbol, the Mashaal (flaming torch).

The BJP, which had fielded Murji Patel, withdrew on an appeal by NCPchief Sharad Pawar and MNS founder Raj Thackeray to allow Latke to be elected unopposed. However, the election was necessitated because six independents were also in the fray.

The voter turnout on November 3 was only 31%, but what surprised the Opposition is the wide use of NOTA by voters. They claimed it stemmed from an “invisible” power at play.

Parab, the Sena (UBT) poll manager, said the party had filed a complaint with the Election Commission of India against money offer allegedly made by the BJP to vote for NOTA. “The police did not take note of our complaint,” he said.

“NOTA votes were obtained illegally. But today’s victory has proved again that Mumbaikars are with the Shiv Sena (UBT).”

However, Mumbai BJP chief Ashish Shelar tweeted, “Latke’svictory was due to the BJP’s support. Congress, NCP, Communists and a dozen others supported the Shiv Sena (UBT), yet voting did not increase nor did they get more votes. Had the BJP contested, their defeat was certain.”

State NCP spokesperson Clyde Crasto retorted, “Shelar and the BJP are like the fox who says the grapes are sour because he cannot reach them.”

State Congress chief Nana Patole said Latke’s victory was a tight slap for the BJPand theShinde faction. “The resounding victory of Maha Vikas Aghadi candidate Rutuja Latke in the Andheri East by-election is an indication of the public’s lack of faith in the ‘ED’ government,” he said.