Mumbai cruise drugs bust: NCB custody for 4, including 2 suppliers, till Oct 11 | FPJ Photo/SachinHaralkar
Follow us on

Hours after Maharashtra Minister and NCP leader Nawab Malik's allegations on NCB's conduct in Mumbai Cruise drug party case, the central agency on Wednesday responded to the remarks saying that some allegations levelled against us are baseless and seem to have been with malice and probable prejudice that may have been harboured in retaliation against earlier legal action carried out by NCB.

The Nationalist Congress Party (NCP) today alleged that the NCB's raid on a cruise ship off the Mumbai coast on October 2 was "fake", and no narcotic drugs were found during it. The party also questioned the presence of two persons along with the NCB team during the raid, and alleged that one of them was a BJP member.

The central agency also reiterated that our procedure has been and will continue to be professionally and legally transparent and unbiased.

#WATCH | Some allegations levelled against the organisation are baseless and seem to have been with malice & probable prejudice that may have been harboured in retaliation against earlier legal action carried out by NCB: NCB Deputy DG Gyaneshwar Singh in Mumbai pic.twitter.com/zeb7uQ3nUm

The drama (the raid) was fake. They did not find drugs on the ship," NCP spokesperson and Maharashtra Minorities Affairs Minister Nawab Malik claimed here.

He also released a few videos, purportedly of the raid. A man who is seen escorting Aryan Khan in one of the videos was not an NCB official, and his social media profile states that he is a private detective based in Kuala Lumpur, the NCP leader alleged.

Further, two men are seen escorting Arbaaz Merchant, also arrested in the case, in another video, and one of them is a member of the BJP, Malik alleged.

"If these two men are not officials of the NCB, then why were they escorting two high-profile people (Khan and Merchant)," he asked.

The man seen with Merchant was in Gujarat on September 21-22 and could be connected to the seizure of about 3,000 kilograms of heroin at Mundra Port, Malik claimed, asking the BJP to come clear on this person's credentials.

"The entire NCB is being used by the BJP to malign people, the Maharashtra government and Bollywood," Malik said, alleging that the anti-drug agency was targeting those who are against the saffron party. 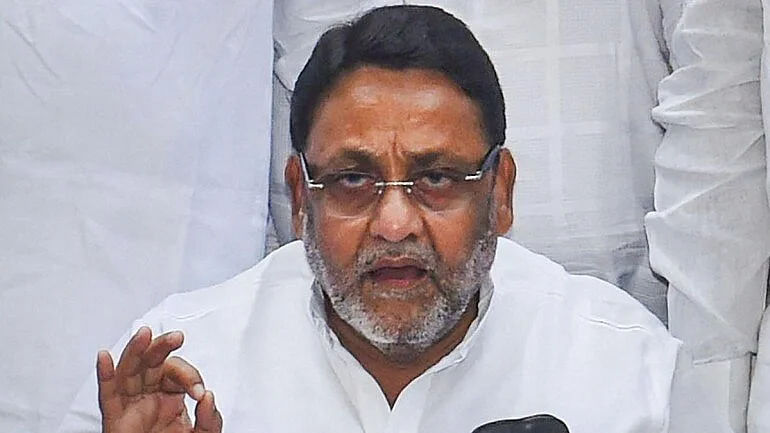