As the agency entered in fifth year, it's taking measures to tighten regulations around projects

As the Maharashtra Real Estate Regulatory Authority (MahaRERA) completed five years on Sunday, its' chairman, Ajoy Mehta (retired IAS), spoke at length to the FPJ reporter, Sweety Adimulam, about the agency's work so far and what are some of its' significant future goals.

As the MahaRERA has turned five, which important tasks has it carried out in all these years?

Fundamentally, the MahaRERA has three major roles; first is regulatory oversight which includes projects' registration and then keeping an eye if they are going in the right direction or not. Second is dispute resolution between developer and homebuyer. And, third is general housing policy such as what more could be done into housing infrastructure.

Please, explain the plan of action the MahaRERA is working on?

The agency's one of the primary objectives is to address the backlog of disputes. Hence, we have come up with a conciliation forum. Because if I start listening to all matters and pass orders it will take a lot of time. So, these forums have conciliators, who are experienced people from the industry. In this manner, the buyer and seller can amicably resolve their disputes and sign the conciliation terms which the MahaRERA takes on record, making it a legal order. The process is much faster, easier and cheaper and almost 50 per cent of cases are resolved by reconciliation.

In the next course of action, we are now tightening up the regulatory oversight. I firmly believe that litigation will not arise if you have strong regulatory oversight. Meaning, if we stop unregistered projects then there is no chance of litigation. So, now we are closely watching how these projects utilise the 70 per cent amount, which is taken from buyers. We are even scrutinising registrations and the returns filed by projects. Another important step is to bring more and more information into the public domain because as a homebuyer you should know everything that a builder knows. The well-thought intention behind these steps is to help the buyer make an informed decision before buying a flat. For instance, developers get a commencement certificate (CC) and say he is allowed to construct only till certain floors and still they are accepting booking beyond the CC floors. So, here I am not saying that the developer is doing wrong because I know CC is given in stages by the respective authorities. However, you (buyer) must know that the builder doesn't have the CC for new floors and even after that you still want to book a property. So, book property but don't be blind.

Why do the MahaRERA largely receive complaints about the delay caused by developers in handing over possession of flats?

That is because the regulatory oversight has not been strong enough, and that we are improving now. Of course, there are permission issues and other reasons but one of the primary cause of delay is that builders promise homebuyers that the latter will get flat possession on a certain date. However, they very well know how RERA works hence they should promise the date to the buyer only after considering all these factors. That's the main reason why we are telling builders to put all details in public domain so disputes will come down.

The common objection is though the MahaRERA passes an order but it is not complied with?

See, even any order passed by any court is also not complied immediately. Some people feel that order has come so now it is a magic wand, but it isn't like that. Because there is a process and everyone has a right. Also if an order is not complied then they need to come back to us through a non-compliance petition. The complainant has to tell which part of the order has not been complied and then the builder comes forward and tells his side. The MahaRERA listens to both and acts accordingly. For eg, if a builder hasn't given a refund despite an order then a warrant is issued by the collector and property is attached, afterwards property is auctioned and that's how the money is paid to the aggrieved. So, these things take time. The criticism that MahaRERA orders aren't complied is all wrong because it takes time. As we have to follow the rule of law.

Those who have approached the MahaRERA have also experienced waiting for hearing dates?

Earlier, attention wasn't paid to disposal of cases, that's why now we have come up with the reconciliation forum. After I assumed charge, I found out that 6,000 cases are pending so quickly we moved to form conciliation forums. But, yes, the pendency of cases is still there, and we aren't definitely denying it.

Even if I fill up 1,000 posts still the quality of services being provided might not be up to the mark. We can dispose of all the cases in a day but then people will raise eyebrows. So, yes quality has to be maintained. I will definitely not compromise with quality and I would rather say that wait for a few more days to have a quality judgmentthen a bad one. 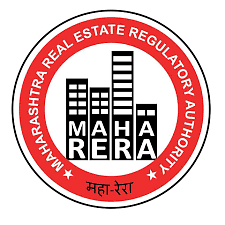