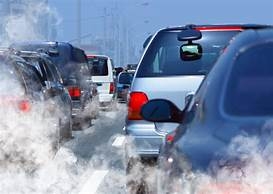 In order to tackle climate change, 43 AMRUT (Atal Mission fot Rejuvenation and Urban Transformation) cities in the state will join in the ‘Race to Zero’ global campaign of the United Nations. This announcement was made by state environment minister Aaditya Thackeray during India’s Road to COP26 event, which was part of the NYC climate week programme.

The agenda is to acknowledge climate change, unlock measures and derive policies to mitigate the threat. Aaditya will make the formal announcement during the Global Citizen Live event, which is a 24-hour music event on September 25.

“Maharashtra will be an example of how a sub-national government can work on climate change, despite being massively industrialised,” said Aaditya.

“We cannot keep emitting carbon. We don’t even have the time,” he added.

The environment department will undertake a greenhouse gas emission inventory exercise for all cities that are part of the campaign, which account for a population of 50 million. Within 12 months of joining, the cities will have to explain what actions will be taken toward curbing carbon emissions and climate change.

With a population of 112 million, Maharashtra is India's second most populated and second populated and second most industrialised state. According to statistics shared by the environment ministry, as on 2020, 45.2% of the state’s population lives in urban areas as compared to 28.2% in 1960. Most citizens migrated to urban areas, resulting in rapid urbanisation and industrialisation.

Meanwhile, experts said that Maharashtra’s participation in the global campaign will bring more awareness about the issue.

Research director and professor of Bharti Institute of Public Policy and Indian School of Business Dr. Anjal Prakash said that the emission level in Maharashtra is higher than other states due to urbanising economy.

“Maharashtra has witnessed this in 2021 itself with heavy rainfall and cyclones majorly affecting the state. The climate change also impacts the economy as extreme weather conditions often disrupts commercial activities,” Dr Prakash said.

“Climate Change is also a larger subject and hence there must be be a separate climate change ministry for the same at the central and state level,” he said.

“In a study we did showed that about 50-60% of the million plus population cities some kind of climate resilience plans in place but the number came down drastically when checked for implementation. So, it would be good to see how these plans pan out,” senior research consultant of Indian Institue of Human Sciences Chandni Singh said.

“Secondly, the cities must not just prioritise infrastructure but work on nature-based solutions which may take some time to show impact but would be better in the long run,” she said.