A person sitting in Raj Bhavan should not allow himself to be used as a political pawn: Raut 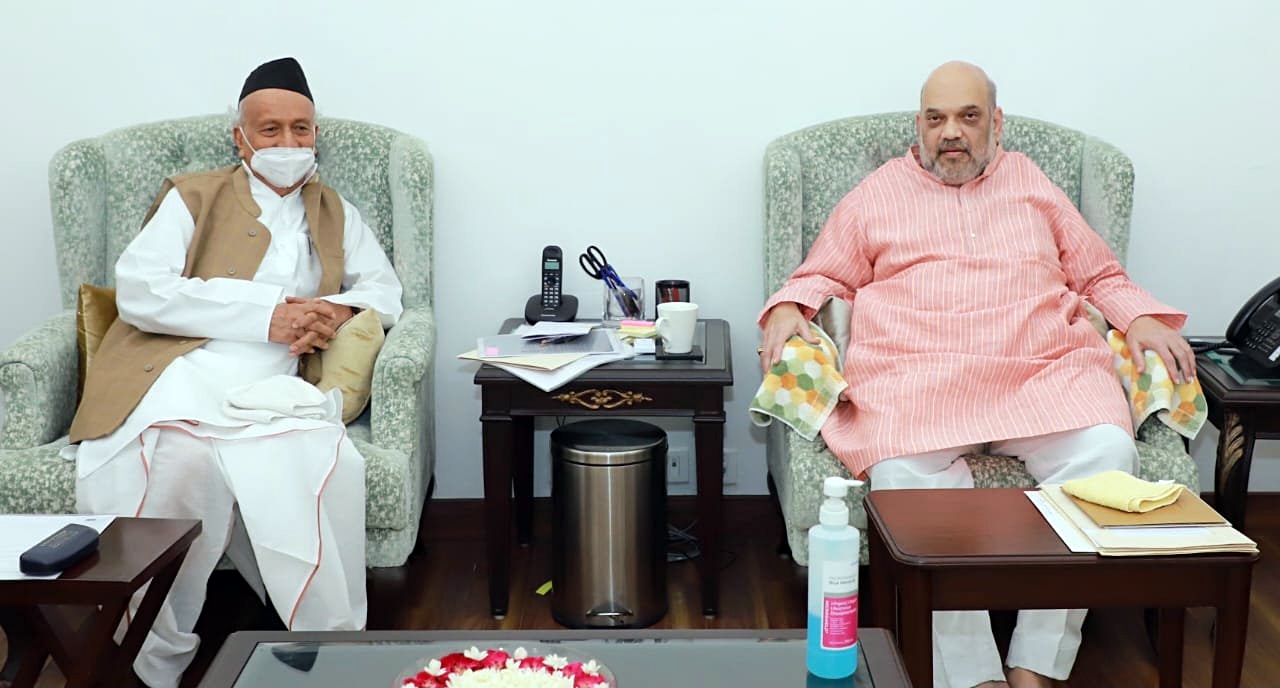 Mumbai: Maharashtra Governor BS Koshyari’s meeting with the Union Home Minister Amit Shah on Friday has created a buzz in state political circles. Governor's one-on-one meeting came hours after the Bombay High Court ruled that the state governor was duty-bound to decide on the MLC nominations within "reasonable time". The Shiv Sena, which is heading the Maha Vikas Aghadi government in the state, has strongly criticised the Governor’s meeting with Shah.

Shiv Sena MP Sanjay Raut said Koshyari should know he is sitting on a Constitutional post and no more representing any political party and opined that he should not be used as a pawn in the politics.

‘’The Governor should fulfill his Constitutional duties without delay. The Governor should not allow himself to be used as a political pawn. He may be a BJP leader or a Sangh Pracharak before assuming the Governor’s charge. There is no reason for us to have any objection to it. But if the Governor is encroaching on the rights of the states and the cabinet, then this is an attack on the federal structure of the country,’’ said Raut.

Raut said the Governor is loving and affectionate and he knows him well adding that he has worked with him. ‘’But the manner in which he has taken a stand on the nomination of 12 persons from his quota in the state legislative council is political. He may not be doing it on his own but working as per the policies and pressure from the party which has appointed him as the Governor. The Governor should not succumb to the pressure but should take the stand of a self-respecting person and the guardian of the Constitution,’’ he noted.

"A person sitting in the Raj Bhavan should not allow himself to be used as a political pawn. This leads to devaluation and contempt of the constitutional position. Although the High Court did not directly attack, it has indirectly dropped the hints in that regard,’’ said Raut.

"It is good that the Governor met Amit Shah yesterday. The Home Minister may have understood yesterday's High Court verdict. Just like Amit Shah got the applause for the abrogation of the Article 370 for his historic work, he should remove the political ban imposed on the nomination of 12 persons in the upper house,’’ said Raut.