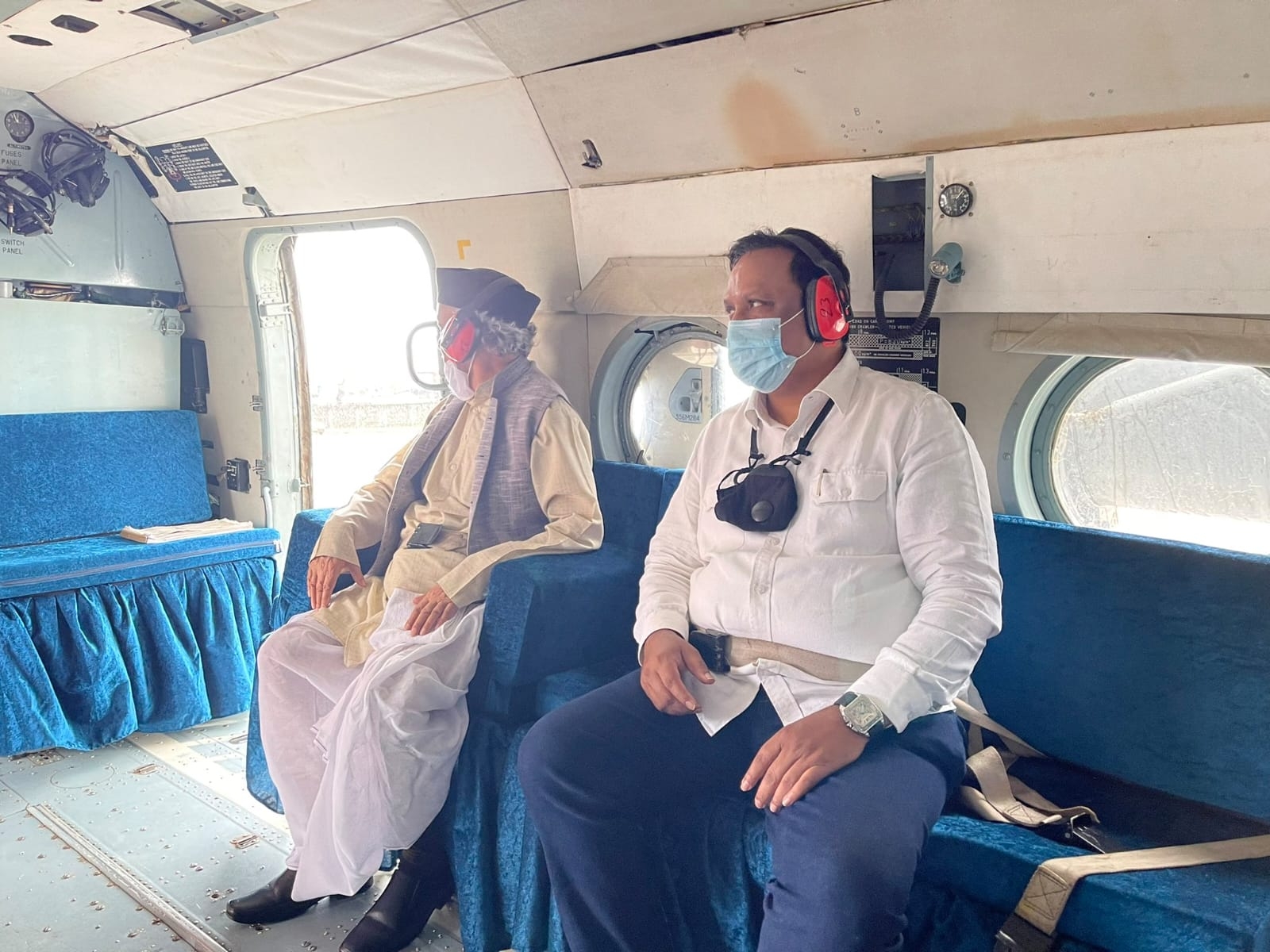 Mumbai: Eyebrows were raised when suspended BJP legislator Ashish Shelar accompanied Governor B S Koshyari in his chopper on the latter’s official tour of the flood-hit Raigad and Ratnagiri districts. Shelar had been suspended along with 11others for alleged misbehaviour in the assembly during the recent, two-day monsoon session. Koshyari’s visit comes on the heels of the visit by Chief Minister Uddhav Thackeray and separately, by Union Minister Narayan Rane accompanied by leaders of opposition Devendra Fadnavis and Pravin Darekar on Sunday.

The BJP has attacked the state government for its delayed response, with Rane claiming that the government had failed to alert villagers and move them to safer places.

The Nationalist Congress Party and the Congress took swipes at the governor for taking Shelar along.

NCP President Sharad Pawar quipped, “If he (governor) trusts him (Shelar) more, there is nothing wrong in it. His (Koshyari’s) post is important, to get more funding for the state.”

However, Leader of Opposition Devendra Fadnavis defended Shelar’s travel with Koshyari. He said the governor had invited all leaders from the four parties who are from the Konkan region to accompany him. But three others did not accept Koshyari’s invitation and only Shelar went along.

It is learnt that the governor had sent an invite to Sunil Prabhu (Shiv Sena), Sunil Tatkare (NCP) and Bhai Jagtap (Congress) to accompany him but they did not join him, citing prior engagements. The three ruling partners have been at loggerheads with the governor over a number of issues, a key one being the governor’s non-clearance of the file pertaining to the nomination of 12 members in the Maharashtra Legislative Council despite three reminders sent by the state government.

Shelar preferred not to comment but in a series of tweets, informed about his visit to the flood-hit areas. “Today, I got the opportunity to participate in the governor’s visit to Raigad and Ratnagiri districts and take stock of the situation there.”

The governor, who interacted with the flood-stricken villagers, said “no one was doing politics. It is but natural there will be an outcry from locals who have lost their homes. However, there is need to be patient, as the entire country is with them,” he observed.