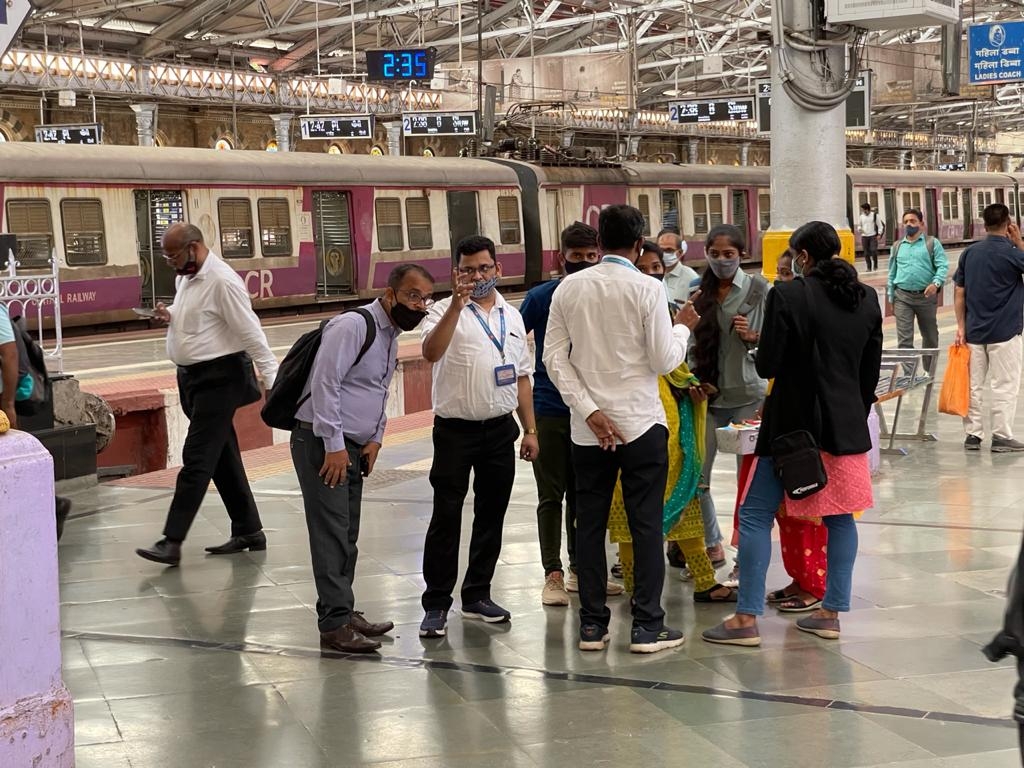 Mumbai: The Central Railway authorities on Friday nabbed 843 people for ticketless travel at two stations in the suburban section in just eight hours including 427 at CSMT and 416 at Kalyan station.

More than 80 railway staffers including ticket checkers and Railway Protection Force (RPF) personnel participated in this operation on Friday at both stations.

Apart from essential workers, only fully vaccinated citizens are allowed to travel on suburban trains on monthly season tickets.

A fortress check is one in which a particular station is chosen, and over a stipulated period ticket-checkers and security staff are deployed to check every passenger using the station.

Sources said CR’s top boss directed the officials concerned to organize more fortress checks, just like the one held on Friday, at other stations as well. These, too, will be led by senior officials.

“This is just the beginning. We aim to cover all major stations to curb ticketless travel,” a Central Railway official said.

Confirming the development, CR’s senior official said, “We appeal to passengers to travel with proper and valid tickets to avoid the inconvenience.”