15 held in Palghar for transporting liquor in ambulance, other vehicles 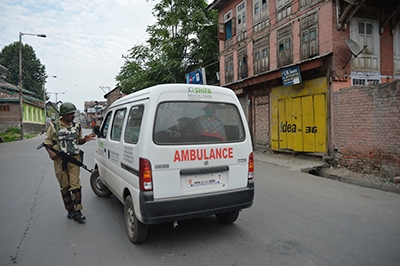 Police have seized liquor worth Rs 5 lakh, which was found being illegally transported in various vehicles, including an ambulance van, at different places in Palghar district of Maharashtra, and arrested 15 persons in this connection, an official said on Thursday.

The action was taken in areas under the jurisdiction of Virar, Valiv, Manickpur, and Tulinj police stations, the official said.

An ambulance van, two cars, one motorcycle and two scooters were seized during the operation after they were found carrying liquor bottles of several leading brands illegally, he said.

A total of 15 persons were arrested in this connection and four different offences were registered at Virar, Valiv, Manickpur, and Tulinj police stations.

"The value of the seized liquor is round Rs 5 lakh and the vehicles, which have also been seized, are worth around Rs 7 lakh," Katkar said.

"While some of the accused told the police that they were taking the liquor for personal consumption, some others said that the bottles were being supplied to different places, including Mumbai," he added.