Taut, bloody and racy, Mumbai Saga looks like a typical gangster drama with gory gang wars and dead bodies strewn around. But wait a moment, don’t forget it’s ‘gangsta’ specialist Sanjay Gupta’s film (written, directed and produced by him), and he is known to pack quite a punch.

The characters are gritty, larger-than-life and volatile. It is action-packed and has the extravagant stamp of a ‘gangster story-teller’. Based on true incidents, the film revolves around the mercurial rise of a gangster called Amartya Rao played by a fierce John Abraham, who is in absolutely fine form.

Set in the bloody 1990s, when Mumbai was called Bombay, and there was the rise of gory gangster wars, gun-toting encounter specialists and jungle law police were mere bystanders in an area run by the mafia. It revolves around a common man turned gangster Amartya Rao, who in order to take revenge on the almost-fatal assault on his younger brother Arjun (Prateik Babbar), turns to lawlessness and is sucked into a nefarious world of gangsters where the mantra is to ‘live by the gun, die by the gun’.

The film is an action-heavy paisa vasool entertainer and holds your attention despite the goriness. The story, however, is run-of-the-mill and offers no twists and turns or surprises. It is a typical violent gangster drama and doesn’t apologise for it. Gupta’s treatment of this mafia saga, however, is unique and is peppered with well-etched out heavy-duty scenes.

The entire film is the epitome of swag and drama, the punches are all in fine fettle — written by Gupta’s experienced hands — evoked to get the tables from the galleries, for instance, ‘Marathi ko jo rokega, Marathi usse thokega’… only Gupta could have penned that.

The action is on point, well-coordinated and exciting, more so the fight sequences between Savarkar and Amartya. The first half of the film holds your attention as the storytelling is compelling as it focusses on John Abraham, aka Amartya’s, rise as a gangster. The second half, however, gets a little convoluted, and though Gupta tries to knit all the loopholes together, there are still too many loose links that pop up. But, the film rises despite the flaws.

Perhaps what upgrades the film’s level are the performances. John is fantastic in the action scenes and he raises the ante of the film through his focussed performance. In the emotional scenes, perhaps the beefed-up John looks a bit uneasy and unconvincing, but he makes up for it in the other ones through his intensity and dedication.

Emraan Hashmi is an underrated actor, but we dare say, he is one actor in the industry who delivers no matter what. His performance as Savarkar is efficient, cool and competent. Suniel Shetty has a cameo as Sada Ana, but despite the briefness of his role, he stands out looking impactful.

So does Mahesh Manjrekar who takes Amartya as his protégé and teaches him the tricks of the trade of a dreaded gangster. The two female actors, Kajal Agarwal and Anjana Sukhani, like in all Sanjay Gupta’s ‘male testosterone replete films’, in this ‘all boys gangsta saga’, are mere decorations and have not much of a role. All in all, Mumbai Saga may be a gangster story, but its swag holds your attention and it is definitely watchable. 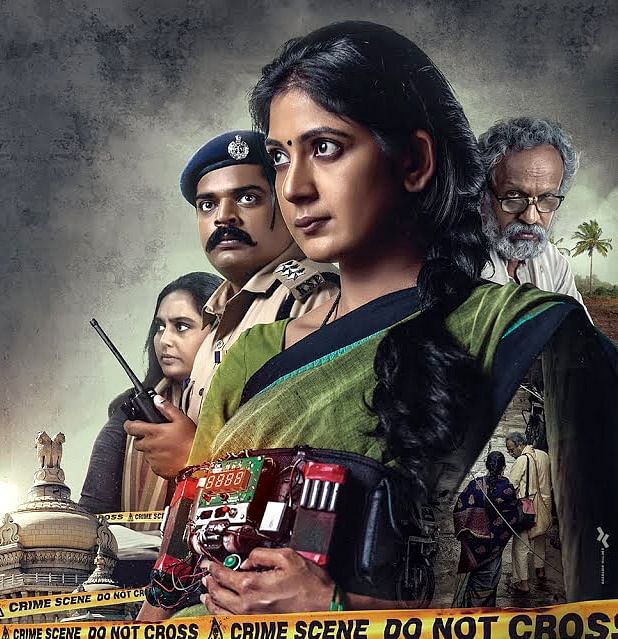 ACT 1978 review: A social thriller that leaves you with moist eyes