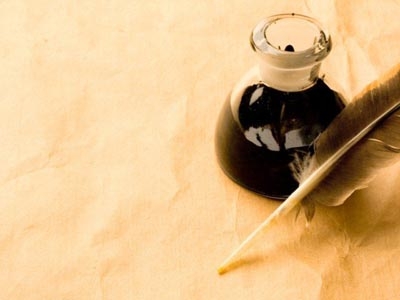 The bond between Chandidas and Rami was pure, spiritual love, divine and spotless by which they realised Lord Krishna, writes MEERA S. SASHITAL.

One of the greatest Vaishnava poets of Bengal was Chandidas. He lived sometime before Vaishnava reformer Chaitanya. Chandidas was the eldest son of a Brahmin who was the priest at the shrine of Basholi in the village called Nannur. Chandidas was very strong, handsome and full of grace but as regards learning he was not interested in formal education nor sacred texts or scriptures. The father tried his best to persuade him to study but in vain.

Once the father gets very angry and orders his wife to starve him and serve ash instead of food. The mother unable to bear this, places some ash near the food served to Chandidas. On learning that his father was very angry with him and the reason of keeping the ash, he feels very sad and stops eating.

Chandidas with a heavy heart goes to the Basholi Devi’s temple near the Ajay River and sit there alone brooding. Just as he was pondering there was no point in living, the Devi speaks to him: Chandidas do not grieve and end your life. You shall be a great poet, a scholar and a saint. You will sing the praises of God and people will love you.

On his way back home Chandidas comes across a beautiful girl standing near her hut. She was extremely beautiful and Chandidas amazed at her beauty associates her with Radha’s beauty. Her name was Tara more popularly known as Ramitara or only just Rami. She was a washerman’s daughter but her beauty gave inspiration to Chandidas to compose his first poem dedicated to her.

Rami being a washerman’s daughter, it was sacrilegious even to drink water touched by her hand. However, for Chandidas there was no discrimination of caste and creed. His religion was universal love and love for mankind. To him, Rami was the source of inspiration and strength. To him Rami was the embodiment of Radha and Brindaban which inspired him to describe the divine love of Radha and Krishna through his poems. It is learnt even Chaitanya Mahaprabhu in his autobiography Chaitanya Charitramrit has mentioned that he was extremely impressed by Chandidas’s beautiful poetry and writings.

Rami, too, was infatuated by his beauty and enchanted by his divine songs. Chandidas’s love for Rami was boundless. He wrote hymns and poems which Rami also sang with him. The relationship between a Brahmin priest and a washerman’s daughter though pure and divine, was termed as sacrilegious by the Tantriks and they tried to harass them. But this did not hinder their pure relationship. Their sons and poems became very famous and people flocked to hear their enchanting compositions.

For some period Chandidas was the purohit of the temple of Basholi in his father’s place. Though Chandidas was the priest he was not happy with the formal rituals, rites and ceremonies. He used to spend his time mostly in meditation and writing songs and composing verses about Lord Krishna. His love towards Rami was also divine and pure; there was no sensuality.

Chandidas’s father as well as his brother Nakul who were holding high post in the Nawab’s Darbar, were deeply upset. Chandidas’s father overcome with grief dies. The Brahmins refuse to perform the Shraddha ceremony unless Chandidas left Rami and doing penance purified him. Chandidas agrees for the purification before the sacred fire, for unless he did so his father’s soul would not get peace. As the ceremony continues Chandidas was in great agony because he knew he was doing great injustice to Rami.

Just as Chandidas was undergoing the purification ceremony, Rami comes weeping searching for him and asks whether he was taking penance and leaving her? Chandidas was left in a mental conflict. He argues whether religion taught discrimination of caste and creed? He thinks why was it sacrilege to love a woman just because she happened to be of a lower caste? He thinks, even if he took penance for loving Rami, then were not all his poems and songs sung with her also void? He tells the priest to let him go. Just then they learn that Rami’s hut was set on fire. Chandidas does not wait any longer. He takes Rami by her hand and walks away.

Chandidas felt himself free from all restrictions of rituals and ceremonies. He composed and sang continuously and Rami too joined him. People from all castes and creed came to hear them. Rami’s influence converted Chandidas from his worship of Shakti to Vaishnavism. While he with his noble love inspired Rami to go into ecstasies and recite her spiritual experiences in songs. Their songs, singing the glory of Krishna are the treasure house of Vaishnava saints.

The bond between Chandidas and Rami was pure, spiritual love, divine and spotless by which they realised Lord Krishna. It seems the court poet Vidyapati hearing of Chandidas travelled all the way on foot in order to meet and honour this great poet-saint of Bengal. Chandidas’s creed was to realize God through love of humanity just like Chaitanya.