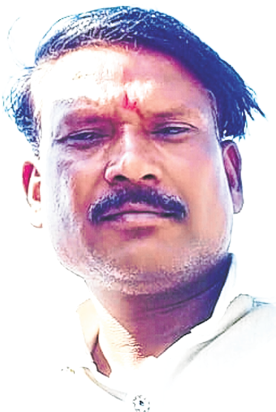 Ujjain: A farmer was stabbed to death by some unknown criminals in Neelganga area near a country liquor shop on Tuesday night. Deceased Madanlal Mali (40), son of Gulab Singh, a resident of Bhukhimata Square located on Chintaman Road was a collect agent of a private bank.

According to his family members, the assailants first threw chilli powder into his eyes then brutally stabbed him when he went to the liquor shop. Mali received multiple injuries and died on the spot. The killers fled the spot soon after the incident. The incident created panic like situation near the liquor shop and the customers ran hither and thither.

On being informed Neelganga police reached at the crime scene and recorded statements of some people present there. The police also seized CCTV cameras, computer system and LED screen from the wine shop to identify the killers. Kin of the slain farmer reached there as soon as they came to know about the incident.

Manoj, son of the deceased, informed that their relatives Ajay and Govind, resident Jaisingpura had an old financial dispute with his father and they might be behind the killing. Neelganga police station TI Waskale talking Free Press said that the police have registered the FIR on the basis of Manoj’s statements and started a manhunt.