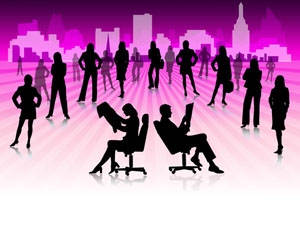 There are many individuals who are engaged in dual professions these days.In recent times more and more people are opting to take up more than one job at a time as is the norm in the West and very common says GEHNA MEHRA.

Off course their reasons for doing the same are different though…out there it is a necessity to maintain two jobs at a time in order to pay for needs and up keep what with everything being so expensive. Whereas in a country like India it is another story altogether. Here people holding onto two professions is purely for personal gratification and not for monetary reasons. Having said that the day is not far when closer home too this ‘two job’ syndrome will soon become a ‘Rule rather than an Exception’. Whilst this happens we speak to a few pioneers of this art.

In India, Preeti Rao a dentist by profession, seen extracting peoples’ decayed teeth by day, spends part of her evenings gyrating to Arabic tunes and teaching Mumbai the deft moves of Belly dancing. Says Preeti: “I was born and brought up in Kuwait and had my first brush with this dance form as a young girl and learnt the techniques. Then with the passage of time I moved to India after completing my education and started practising dentistry for which I had formal training and education. I set up my clinic in seven bungalows. Even though I loved my craft, I missed my art form deeply and wanted to get back to dancing as well as teaching and passing on this gift that I had inborn in me. At about this time Pulse Studio was looking to expand their existing business and wanted to add Belly Dance as an option. I was destined to teach. Eureka! I took up the offer and there was no looking back. It was an instant hit. Mumbai girls came in hordes to learn the dance form. Also for me it was being at the right place at the right time. Belly dancing was at its boom then and we en cashed upon it. Indirectly I was practising my own dance moves as well as researching newer ones. The rest as they say is history. Today I distribute my time equally between my dentistry by day and my Belly by night. And am loving it,” grins Preeti. A classic case of ‘Doctors’ coat versus the Belly belt’ this! 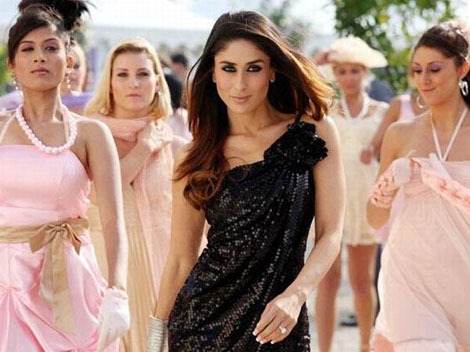 In reel life the character of Kareena Kapoor in the film ‘Kambakth Ishk’ used to model part time whilst interning to become a full time surgeon and studying medicine. This happens in real life too and so likewise we have Smita Nadkarni who works as a co-ordinator at a reputed College in South Mumbai even as she is simultaneously training to become a practising lawyer. “I love my job here in the college so much and yet I would want to use my legal training to its optimum so I will work out a way to combine the two by retaining my job and somehow using my law degree to the optimum.”

Another such case is of a young boy who works in a consultancy IT company by day and aspires to become a DJ by night as his passion for music is all consuming. “I have spread the word and will take up the first good offer that come my way.” He chooses to stay anonymous for now in the hope of making a big name for himself someday as a DJ perhaps!

Another interesting anecdote is of the ex CEO of CFSI of India. In I989 Sushovan Bannerji who became an IPS officer after clearing the Civil Services exams got his training at the Hyderabad Police Academy and was given the Madhya Pradesh Cadre in the year 1991. “I had various postings in remote areas of MP district as well as battalion charge in the first 9 years of my very job satisfying career. Then I moved to Delhi for a short while and it was here that a comical chance meeting with the director (P N Sahi) of a serial changed the course of my life. I had gone there for some official work but since he was busy he asked me in jest – “aaj toh mein casting kar raha hoon – Role karega?”…I replied “Haan kyun nahi magar khali haath nahi lautunga!”…

“And so a joke of sorts started my dual hobby profession with a two minute short role of a teacher. Well off course from there was no looking back for me. I did a daily serial for a year and a half from ‘96-’97. My shoots would be scheduled according to my work agenda and always after 6pm everyday. On the weekends I would shoot the entire day…then came my posting to Mumbai. Here I met Raj Kanvar. This was the year 2001…he gave me ‘Ab Ke Baras’, ‘Dewaangi’ (2002), Andaaz, Fida and many such films. In order to accommodate these films I had taken a two year leave from my job. It was a great high to do professional acting and I went on to do many movies down South as well including ‘Wanted’ as the main villain. I also went on do many episodic serials and yes modelling too. I got so intrigued by Bollywood and the acting bug but with the passage of time realized that there isn’t enough time on my hands to devote to my second love…and even though I am on a sabbatical of sorts vis-à-vis my acting career I will not let a good opportunity go by…Make time I will.”

Having heard of this breed of people who enjoy two jobs now we are on the lookout for someone who has three perhaps!