His literary style was known for its distinct and original approach, a fresh undertaking of a literary journey seldom found during his time.

Babu Gulabrai, a modern Hindi writer who transformed the literary scenario of his time, with his distinct style of writing and usage of the theme. January 17, marks the birth anniversary of this accomplished writer who wrote several literary essays, biographies, and satires.

He had a Master's degree in Philosophy from St. Johns College and also an LLB from Agra College.

His parents had a propensity towards religion which greatly influenced Babu Gulabrai and shaped his writing. His writings can be broadly divided into three types- philosophical, satire, and literary essays.

Babu Gulabrai wrote profusely in Hindi and later, he adopted the sanskritized mode of Hindi, as evidenced by his use of Sanskrit shlokas.

His literary style was known for its distinct and original approach, a fresh undertaking of a literary journey seldom found during his time. His works also had a patriotic tone, which moved him to write and embody a humanistic approach.

He has also been credited with documenting a history of Hindi literature, called Hindi Sahitya ka Subodh Itihaas.

His biographies, Meri Asafaltaein and Thalua Club were quite favourite with his readers due to his sense of humour and usage of satire in his works.

His writing career can be traced from 1913 and ending with the final years of his life. His last noted work was published in 1956, 7 years prior to his death.

In the final years of his life, Babu Gulabrai was awarded an honorary doctorate in 1957 by the then vice president of India, V.V. Giri.

In June 2002, the Government of India issued a 5 Rs postal stamp to commemorate his contribution to Hindi literature. 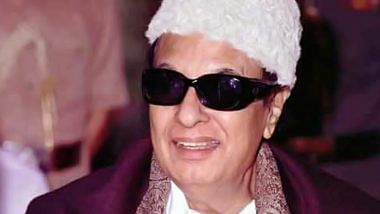 World Cancer Day: 5 celebrities who have helped to raise awareness about cancer