Hearing an appeal filed by Babu, challenging the order of the special court, a division bench of Justices Nitin Jamdar and NR Borkar on Monday also observed that Babu was “an active member” of the organisation.

The Bombay High Court has dismissed the bail plea of Delhi University’s associate professor Hany Babu, an accused in the Elgar Parishad case. The court observed that there are reasonable grounds to believe that the National Investigation Agency’s (NIA) case against him amounts to a larger conspiracy to “seize power from the state”.

Hearing an appeal filed by Babu, challenging the order of the special court, a division bench of Justices Nitin Jamdar and NR Borkar on Monday also observed that Babu was “an active member” of the organisation. Babu had challenged the invocation of terrorism charges against him under the Unlawful Activities (Prevention) Act (UAPA), for which the maximum sentence is death.

The NIA’s case is that Babu “conspired, attempted, advocated and abetted the commission of a terrorist and preparatory acts” during the Elgar meeting prior to the Bhima Koregaon violence on January 1, 2018. 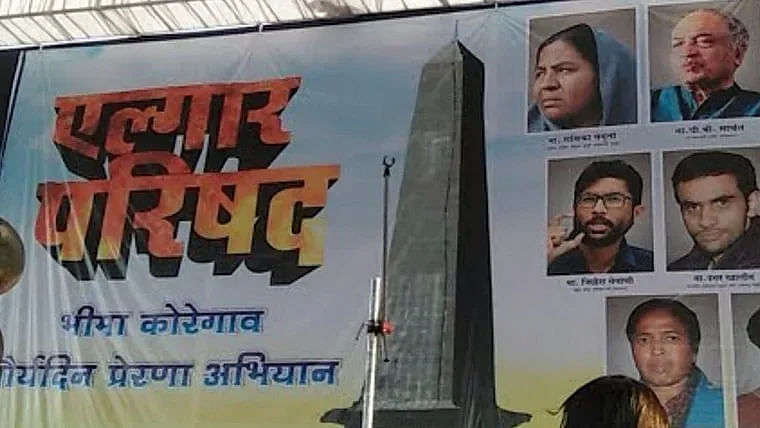 In the 59-page judgement, the HC has said that Babu was assigned all future tasks of the Revolutionary Democratic Front (RDF) and that he has set up appointments and code structures. “The material shows his deep involvement in the activities of the RDF and the CPI (Maoist), and his role cannot be seen only as an academician trying to help a colleague for release from custody, as is sought to be argued,” added the court.

Babu’s defence counsels argued that he was an academic who was trying to help his colleagues who were arrested.

Dismissing the argument, the HC has said, “The Appellant (Babu) is not just a passive member but an active member, and the material on record clearly shows his involvement in the larger conspiracy.” The judges said he is “not merely a sympathiser”. The court also said that the NIA has produced sufficient evidence to show that the organisation has been treating the armed forces and the police as enemies and have targeted and killed them. “... the conspiracy also refers to elimination of constitutional functionaries”, the court added.

In his petition filed through advocates Yug Chaudhary and Payoshi Roy, Babu said while the NIA had cited a letter speaking of a conspiracy to kill Prime Minister Narendra Modi as evidence in the case, the alleged letter did not incriminate him.

However, the HC did not find merit in the argument and said, “The communication further refers to comrades proposing to take concrete steps to end the ‘Modi Raj’. It spoke of thinking along the lines of another ‘Rajiv Gandhi-type incident’, and targeting his (Modi’s) road shows as an effective strategy.”

The NIA produced communication between Babu and other arrested and wanted accused, in which they “congratulated comrades for killing 25 police personnel”. This communication reveals that Babu was “given all the responsibilities of RDF and to coordinate programs and protests… to organise programs under the banner committee for the defence and release of GN Saibaba”.

The court added, “The same communication also refers to details of the meetings and the requirement of Rs 8 crore for the annual supply of weapons.”

The judges also did not find merit in Babu’s contention that he has already been incarcerated for two years and his fundamental rights are breached since the trial is not likely to commence.