Mumbai : Bengaluru FC defender John Johnson was named the Players’ Player of the Season while skipper Sunil Chhetri finished as the highest scorer for the third year running as the I-League champions recognised top performers at the annual awards ceremony in Bengaluru on Friday night. 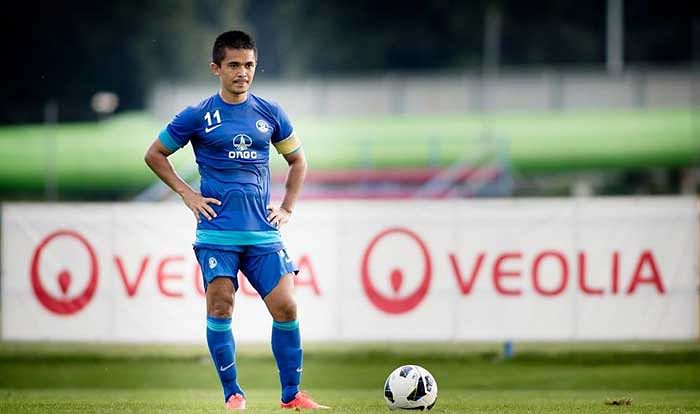 Defender Rino Anto was named the Fan’s Player of the Year, under 22 midfielder Malsawmzuala picked up the Young Player award and Eugeneson Lyngdoh bagged the ‘Goal of the Season’ accolade for his spectacular header against East Bengal FC, a media release from the club said today.

Rino garnered in excess of 4,500 votes in the club’s online poll that let fans make their choice, while teammates backed Johnson’s performance.

“I wasn’t really expecting this, but to be voted the best by your own teammates is special. I’m grateful for all their support and for the fact that they’ve thought I deserve this accolade,” said Johnson at the event.             Head coach, Ashley Westwood, was full of praise for his side that lifted the I-League title for the second time in three seasons and entered the last eight of the AFC Cup with a 3-2 win over Kitchee SC in Hong Kong on Wednesday. “It’s been a great season, but to be honest we haven’t scored enough goals. There weren’t any great individual performances. Everybody chipped in with some good performances to get the job done. Credit goes to the players and the staff of this club which, I’m positive, is in good hands and has a bright future ahead,” Westwood said.

Young Player of the Season – Malsawmzuala

Goal of the Season – Eugeneson Lyngdoh vs East Bengal FC.