Two held under NSA for illegally trading biodiesel in Dhulet; One still on the run

Sardarpur (Madhya Pradesh): A special police squad has finally succeeded in arresting the main accused and his associate for illegally trading in biodiesel on Saturday. The illegal trading of biodiesel had come to the fore in the wake of the explosion and fire in an illegal biodiesel godown in Dhulet village on the Indore-Ahmedabad national highway on February 28.

After the incident, an administrative team along with the police had demolished the illegal structure of the godown on the roadside with the help of JCBs, following the directives of district collector Dr Pankaj Jain. The concerned police station-in-charge Ratanlal Meena and beat-in-charge Raju Makwana had been suspended with immediate effect for dereliction of duty in this regard.

A case was registered against Amin and land owner Mohan Narayan and the two were on the run since the incident.

To crack the case, the police had constituted a special team led by SDOP Ramsingh Meda.

TI Brijesh Kumar Malviya said that the police launched a manhunt to nab the accused. Police arrested the main accused Amin under NSA from his native place, acting on a tip-off. He was later sent to central jail on Saturday. During the investigation, the administration got to know that his brother-in-law Rayees was also involved in the business.

The police then nabbed Rayees too from his native village. Land owner Mohan is still absconding and the police claim that they will nab him soon. 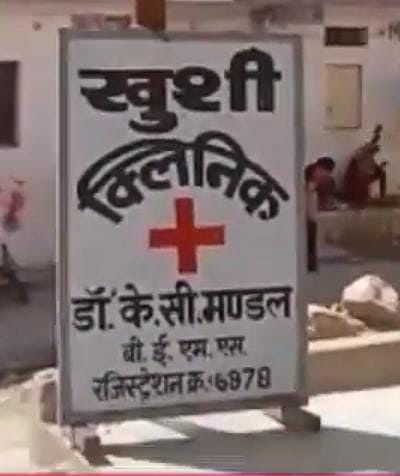