The incident took place at Bherughat on Thandla- Petlawad road. The bus passengers were travelling in collided head on with a truck.
FP News Service 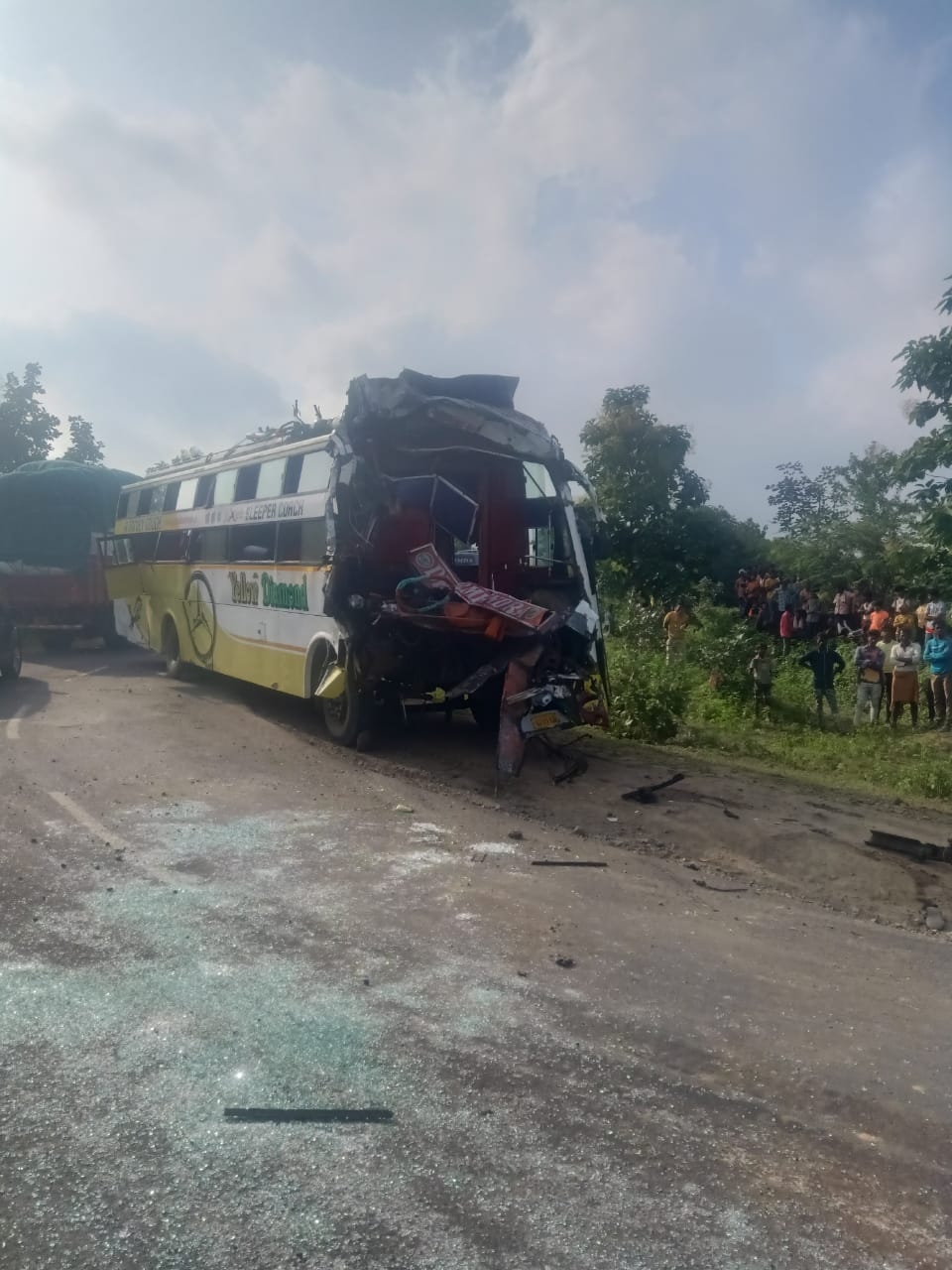 Thandla (Madhya Pradesh): Two persons including a minor were killed and over two dozen passengers sustained severe injuries in a road mishap in Jhabua district on Thursday. The bus they were travelling in collided head-on with a truck, said a police official.

The bus (GJ14V5301) was heading to Ahmedabad from Bhind district. Though, the exact reason that led to the collusion is yet to be established, it is said that the bus was being driven at high speed and the bus driver lost control over it while negotiating a pothole on the road.

The bus driver and a 12-year-old boy died on the spot. The police said that the injured were admitted at Thandla Civil Hospital.

Sub-divisional Magistrate (SDM), Thandla, Jyoti Paraste said that a police and administration team was pressed into action to rescue the injured.

“A probe has been ordered to conduct a probe. Over two dozen passengers have sustained injuries. All injured are out of danger,” Paraste said.