Buildings of land sharks were demolished in Ali Colony, Khajrana, in Indore on Wednesday | FPJ

Armed with JCB and poclain machines, removal gang of IMC accompanied with heavy police reached Khajrana area where Babbu alias Sultan had a three-storeyed bungalow and Chhabbu alias Shabir had a two-storey bungalow.

“Both the bungalows were built illegally,” said additional municipal commissioner Devendra Singh. The IMC removal gang brought the items inside the residential buildings. Royal sofa sets, chandeliers and other expensive items were found inside the buildings. After vacating, the IMC flattened both the illegal structures in a three-hour long operation.

More than 150 employees of IMC, heavy police and administrative officers were present during the operation. Singh stated that they had previously demolished illegal structures of four listed goons of Khajrana areas.

From tailor, and painter to ..

Babbu used to be a tailor and used Chhabbu a painter about a decade ago. Both started property dealing and duped many people. They grabbed plots of many people and also encroached upon government lands and sold to people.

They made crores of rupees from which they purchased expensive vehicles and bungalows which brought them in limelight. Noose tightened around them when they were for murder of Shahzad Lal of Sendhwa. Last year also, their illegal structures were pulled down. 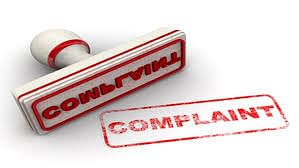 Indore: Complaints against land mafia to be taken till Dec 31