Indore: Complaints against land mafia to be taken till Dec 31

Tripathi said that priority list of such members will be prepared and the hurdles for constructing houses would be overcome.
Staff Reporter 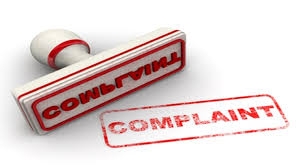 Tripathi who was chairing the high level monitoring committee of inter-departmental officers, overseeing the ongoing action against land mafia, assured that the administration would remove all hurdles before genuine persons who have been denied their rightful plots or those who have plots but could not construct houses due to some problems.

Tripathi said those who have been duped and given plots that are not for residential use will be compensated. He said joint efforts would be made by all departments and action would be taken against officials who do not work deligently.

It was informed at the meeting that so far the administration has received over 450 complaints and applications against various housing cooperative societies.