Indore: Woman dies as buses collide at Bherughat near Simrol 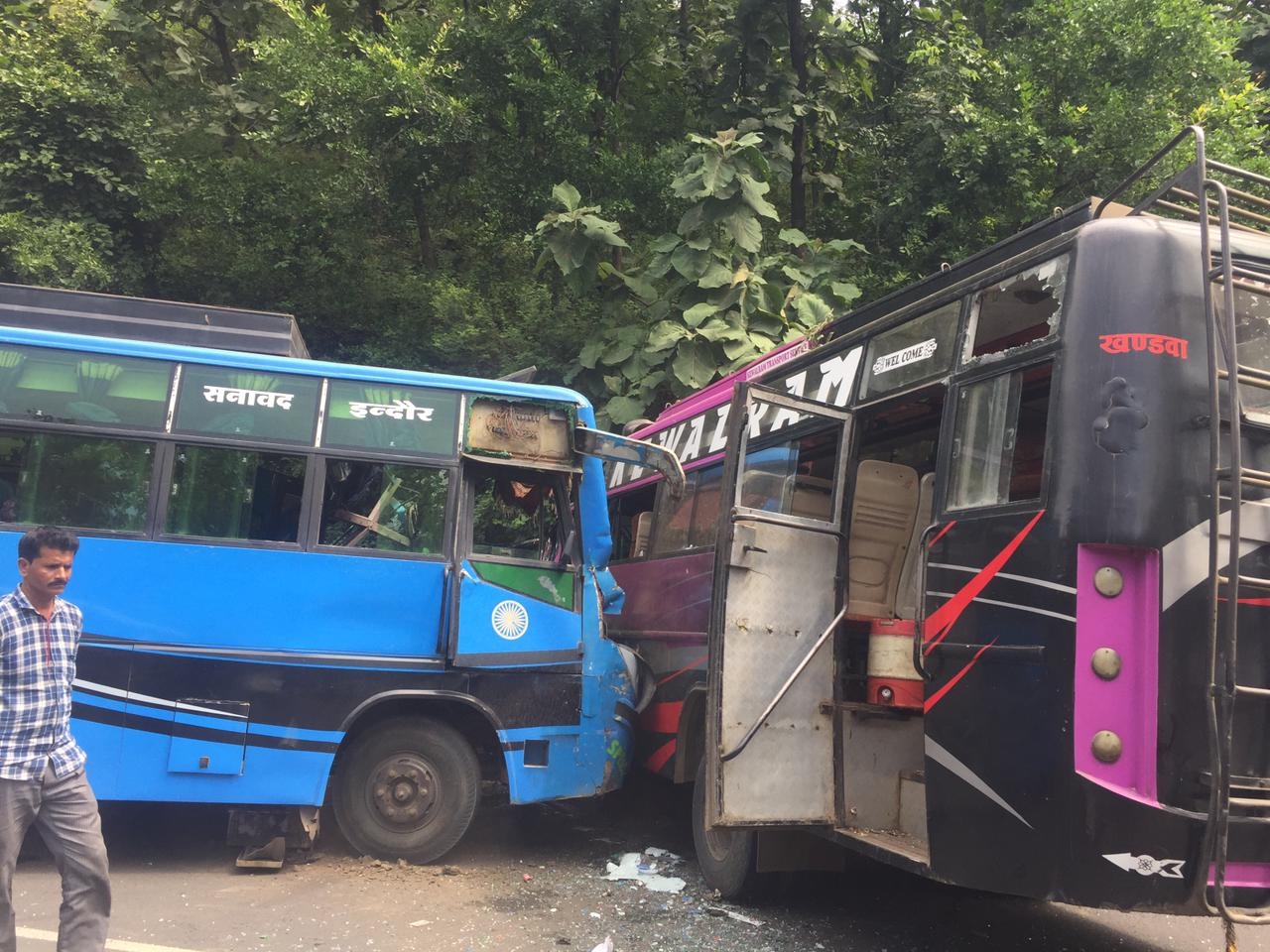 The two buses that collided on Sunday morning. | FPJ

Mhow: A woman who had boarded a bus from Indore died while 15 other passengers were injured in a road accident that occurred at Bherughat on the Indore-Ichhapur highway on Sunday morning.

Simrol police station-in-charge Dharmendra Shivhare said a bus No. MP12 GA 9999 was on its way from Khandwa to Indore, while another bus No. MP10 P 8111 was going from Indore to Khandwa on Sunday morning. While both the buses were in the hilly section of Bherughat, both buses collided head-on, due to which there was a traffic jam on the road for about an hour.

A woman, who has not yet been identified, died on the spot, while 15 passengers travelling in both the buses were injured. All the injured were taken to Mhow Civil Hospital where they are being treated and all of them are out of danger.

About the deceased woman, Shivhare said that she was travelling alone and had neither any identity proof nor a mobile phone. Because of this, her actual identity is not known. On one of her hands, the name Shaku Bai was tattooed and the police have tried to get her whereabouts from Indore and Khandwa bus stands but have, so far, not got any success.

Madhya Pradesh: Mhow-Indore bus operators charging at their own whims