Indore: ​​With no rain, temp​ ​soars over 32 degree Celsius 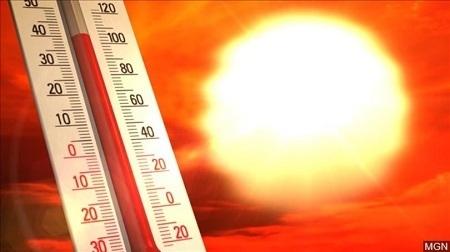 With negligible rainfall in the city for the last two days, the temperature rose above 32 degrees Celsius after a fortnight. The weather ​during the daytime turned ​unbearably sultry due to an increase in temperature and humidity in the city on Tuesday​.​

The same phenomenon also turned the nights uncomfortable and people had to use coolers and air conditioners.

The regional meteorological department officials have forecast that the city would continue to witness light to moderate rainfall as the chances of heavy rains for ​the ​next couple of days​ is not there.​

Meanwhile, the city's total rainfall reached 554.3 mm (21.82 inches), which is 21 per cent less than the average rainfall recorded in the city.

The break in rain increased the humidity level as it was recorded 89 per cent and was 59 per cent in the evening.

“City would continu​​e to witness light to moderate rainfall with thunder storms for the next couple of days. The monsoon trough lies to its normal position and Indore would receive good rainfall in coming days,” department officials said.